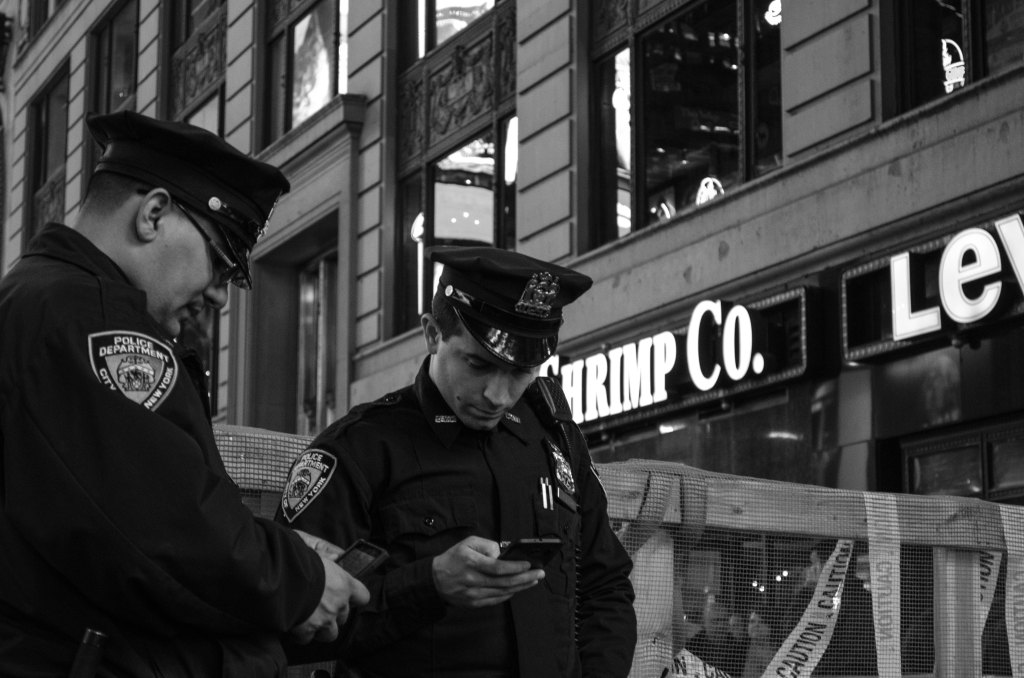 I walked to the station slowing my breathing and counting to one hundred in my head. Last thing I needed was to lose it. I needed to be clear headed. I heard Michaela’s steps crunching on the ground behind me and her feather touch on my elbow stopped me and I looked at her. I splayed the fake smile on my lips.

“You believe her when everyone else says she’s crazy. She’s been committed.”

I put my hand on Michaela’s chest just under her neck and pushed her backwards until she was up against the wall. She moved with me with a concerned look on her face. “You don’t believe I was abused?”

“That doesn’t answer my question.” I said flatly.

“They say you do it to yourself for attention.”

“And if I told you that someone used to get in my head and do that over and over for a year. And then when I was done, I had nightmares. The same one he put in my head over and over. And I’d wake up with gashes across my skin. Yeah, to all who see the outside. I do it to myself. I have tried to kill myself because of it. Every night. I have a nightmare. Every night I wake up with the same ragged breath and rapid heart rate. Every night. So yeah, Michaela, I believe someone was hurting her.”

I walked away from her. I could feel my anger raging through my blood. The hatred of those who don’t believe. The feeling of complete and utter uselessness. This girl could be a survivor and not be dead because her father killed her. But I’d bet everything I owned that this girl is the ghost and the one killing her abusers or those who didn’t do anything.

I walked into the building with a smile on my face and anger in my blood. No one cared about this little girl. How she died, or why. But I did.

I had my ID out as I approached the desk. “Hi, My name is Nox. I’m looking into the death of Ralph Wood. I was wondering if you could help me out?” I grinned at the man who was busy looking at a computer almost ignoring me.

We stood there for several minutes, I could feel Michaela standing behind me watching but she wasn’t interrupting. I put my hand with the black painted nails on top of the man’s hand before he moved his mouse again. “I was hoping you could help me.”

I got that sneer as he pulled his hand from under mine. Homophobia was one of the worst things I had to deal with. But it got his attention. “You aren’t local.”

“No. I’m not. What gave it away. I was hoping you could help me learn about what happened to Ralph Wood’s family. His wife Maggie and his daughter Ruby. I think Mr Foster and Ruby’s therapist might be next on Mr. Wood’s killers hit list.”

The man looked at me with a level gaze. “You need to slow down, i can’t understand a word you are saying.”

Nox sighed. He wasn’t in New York anymore. He could hear Michaela snickering behind him. Nox stole a glance at her and she pulled her lips into her mouth to keep quiet. “I’m sorry.” I said as I turned back to look at the man. “I’m. here. to. look. in. to. the. murder. of. Ralph. Wood.” My slowed tone and sarcasm were noted and I received an eye roll. Lucky me. I showed him my ID again and spoke slower and enunciated my words correctly. It was something I had to practice on a regular basis. I spent too much time with humans in New York City and I picked up their bad habits and accents much to Dae’lin’s disappointment. “I wanted to know about his family. I think people connected to their deaths might be in danger.”

The look I received of disbeleif. “Those cases have already been solved, sir. There was no foul play involved.”

“I didn’t say there way, officer. I’m just looking into the people who were involved. Mr. Foster and Ruby’s therapist specifically. Their lives might be in danger if say someone believed Ruby’s claim and was making up for what no one else would do for the now dead girl.”

“You think this might be a serial case? They caught the guy.”

“He doesn’t remember doing it. Hypnosis and every memory enhancer has been tried and still nothing, so I’m looking into the strange and bizarre. that’s kinda my thing.”

The man laughed. “So what you think it’s like some ghost haunting us or something, like on that freaky show.”

I laughed with him. “Ghosts aren’t real. But strange things happen, unexplainable, so I’m just looking into it. I’ll get to the bottom of it. My partner and I usually do.”

That was when he looked behind me and straighted a little when he saw the goregous brunette behind me just watching with her arms folded. She smiled at the officer. “We’d like the addresses of Mr. Foster and the therapist who was seeing Ruby before her mother’s death.”

The man nodded. “Strange and bizarre huh? I guess. You are licensed. I guess it won’t hurt nuttin.”

He didn’t go check with his boss but he stepped away from the computer I supposed to bring us the addresses we requested.

Summit of Latrigg in Keswick