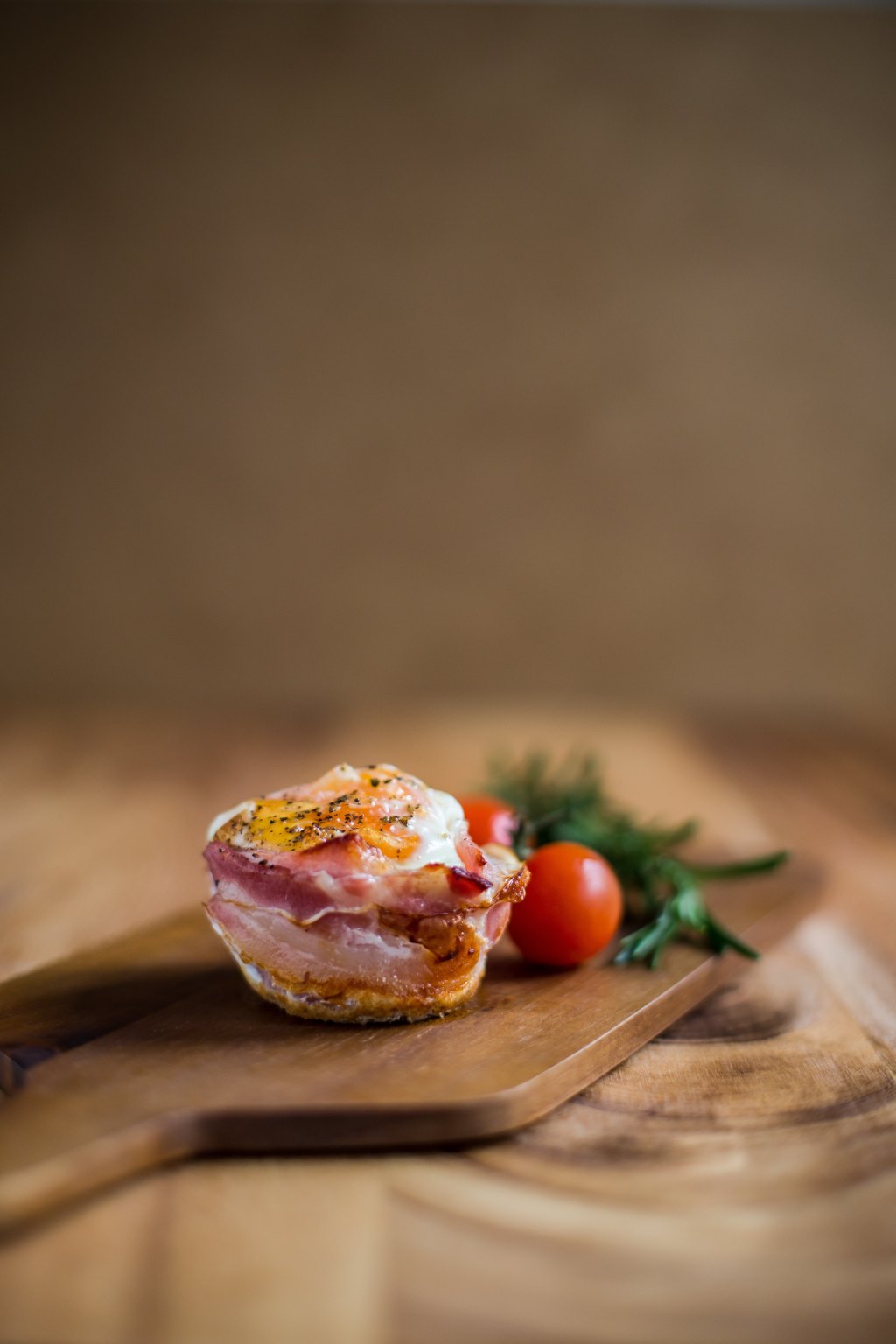 I walked slowly for my mother’s sake, she didn’t know where she was going. We didn’t speak as we walked to Lenard’s Fish Market. It was a local joint, they fished daily and what they didn’t they bought from other local fishermen. Lenard had been retired for years but he was still around taking orders and being that friendly old guy at the bar. It was the only seafood joint I ate at and Dorian knew this. It was also where my friend Mia worked. She knew what I was like Sage did, but she was human. Her mom worked reception at Margo’s office and Mia came to work with her on and off. The three of us hit it off and had grown up sneaking out together and getting in to all sorts of trouble. Her boyfriend, Jace, was a thorn in my side but he at least wasn’t a bad fuck.

I saw Mia hopping past and I gave her a little wave as we waited for the hostess to seat us. “Three for Nox. Mr Viddens will be here soon.” I said.

Sasha smiled at me. “Right this way Nox.”

I grinned at her, she sat us in Mia’s section and I smirked when she pulled out my chair for me and let me sit down. I looked at my mother and Sasha did the same for her to be polite. Leanne looked at her with questioning eyes then back to me. “I thought you liked boys?”

Mia was there in that next instant. “My name is Mia, can I get you something to drink while you wait for your party?”

I grinned at Mia. “Water with lemon.”

My mother glared at me, “I’ll have a rum and coke easy on the ice.”

Mia nodded. “Yes ma’am. Would you like any appetizers?”

Kai pulled out his chair and looked at me. She actually blushed. My father was a good looking man and Mia liked older men – a lot. My father asked, “What would you recommend?”

Mia shrugged. “I don’t much like seafood, sir, but I’m sure Nox or the chef could make a recommendation. A lot of our customers like the seafood po-boy.”

Kai nodded. “I will have whatever beer you have on draft and we’ll have three of whatever today’s special is.”

Kai looked at me, “Why did you look at you for permission?”

“It wasn’t permission she was seeking. She knows I’m particular about what I eat and she was making sure I was going to freak out.”

“Are you?” Kai looked at me then added, “Going to freak out?”

I shrugged. “Maybe not right now, but most certainly later.”

“What’s the special?” Kai looked up at the chalk board and nodded. “Oysters over the half shell with rice pilaf and hush puppies. Sounds good to me.”

I nodded. “I don’t like oysters or hush puppies. I’m allergic to shell fish.”

Leanne’s eyes had never left my father since the moment he sat down. She was smitten. I could see why, but my father left her after fucking her. Not exactly romantic. She whispered, “So am I.”

“Why didn’t you say something?”

I shrugged, “Would you have done anything differently?”

Kai looked at me and frowned. “No. Are you that much of a push over boy?”

“I choose my battles. Fighting over what I’m going to eat now is hardly worth the effort since I’m going to have a panic attack later anyway because my schedule is off, might as well through not eating on top of it.”

“He got beat up by a boy in his class earlier. Maybe he’s not your boy after all.” Leanne said.

Kai and I both looked at her and Kai frowned. “Woman, if you are jerking me around I will see that you stay out there in them mountains fucking bears for all I care.”

Leanne snorted. “I fucked you.”

Mia came back as my mother said it and tried her best not to smirk as she down our drinks. Kai sighed, “Can we change our orders?”

Mia smiled. “Yes. I actually changed all your orders to Nox’s usual of lemon pepper tuna steak over a bed of lettuce with a lemon garlic vinaigrette and rice pilaf. I’m sorry if I over stepped.”

Kai smiled. “Not at all darling. I’m glad someone took some initiative.”

Mia giggled. “Sir. Nox would have said something but he knew I’d change his order. But since you look like his brother and he has her eyes I figured one or both of you were allergic to shell fish too. I didn’t want anyone to die.”

“Very thoughtful of you.” Leanne interrupted. “Now if you don’t mind, we were having a family discussion.”

Mia laughed. “I heard. I’m sure Nox is riveted in his seat to know all about how his parents met.” She gave them a little bow and moved off to her other stations.

I sighed as I watched the most entertaining thing in the restaurant. “You know her?” Kai asked, “She’s human.”

I nodded. “Her mother works for Dr. Silverman and we grew up together every Monday.”

I listened to the drivel my father spewed about humans and how their inferior. My mother only nodded her head and listened raptly to my father. She was acting like a teenager in love. My father was just talking to hear his own voice.

And then as our food arrived. Kai looked at me and said, “Dorian says you were top of your class until today.”

“So you failed all your tests?”

I shrugged. “I didn’t fail them all. I calculated precisely what I needed to become third in class.”

“I see patterns, so numbers are no different.”

“How did you know what you had to beat? I don’t remember that being common knowledge.” Kai said with concern.

“Kids like to brag. I have the second highest GPA. Oh this is mine. No one knows mine and no one knows who is top of the class. Dae’lin won’t let the administration give out my name because in prior years it saw me beat down for it.”

“Why are they giving you beat downs for having the highest marks?” Kai sounded angry. Angry over my treatment.

“Because I’m half human, I’m inferior, lesser than they are. I shouldn’t be top of the class because I can’t do everything you can.” I said, my back straight, my head held up. I was proud of who I was, but it wasn’t always the case. It had taken Adrian a few years to help me see I was worthy of my own actions.

At the mention of my parentage we looked to Leanne who was busily ignoring me. She looked up with a smile at Kai. “Which is why I never particularly excelled. I was human.”

Kai frowned, “Which I didn’t know at the time, didn’t really know until this moment.”

“So why do they know you are half human?” Kai asked me, “Your mother was able to hide her humanity.”

“Because I was already special, they had to pull me down with something.” I smirked, “And when I started liking boys I found another way to make people stay away.”

Kai frowned and then pales. “I knew I remembered you from somewhere.”

I sighed. “You should remember me from a lot of places, Mr. Viddens. Dorian brought me to plenty of family dinners that you attended as well.”

Kai waved his hand in dismissal. “You’re the bastard who turned Nick gay.”

I frowned, “Nick was gay before I met him. I doubt it would be any less cruel if you knew he’d come on to me. He knew I would so he made an advance. We got caught on the way up to his room to fuck.” i shuddered, it had just dawned on me I had wanted to be fucked by my half brother. “I didn’t know he was my half brother. I swear to god I just found out today you were my father.”

Kai nodded. “Dorian says it was your mother’s wish I never know about you? Why is that Leanne?” Kai turned his ire to my mother.

“He was my responsibility.”

“You threw me away the moment I fucking sparked. You called me a fucking monster. You dragged me kicking and screaming and drugged just so I would stay quiet on the plan. And then you dumped me off with the Venatori. You never came to see me, you didn’t sign any of my paperwork. You never cared after that moment.” I stood up shoving my chair behind me with a loud scrapping noise and I moved passed the table I crashed into the side of it rattling the plates and silverware before I was around the table and heading for the door.

I hadn’t made it there yet when a small hand on my forearm caught my arm. I looked down and saw Mia’s brown eyes. “Nox don’t go home like this. Jace and I will stop by Sage’s go see him. We’ll all hang out.” Mia grinned up at me, “We’ll show you how much of a monster you aren’t.”

Mia knew all too well my self depreciation moments and what I’d do. Jumping from the Apex Unlimited building scared the hell out of her. She was suggesting something a lot more pleasant to releive the anger and stress of this moment.

I nodded and pulled out the roll of cash and handed it to Mia, “For our meal. Give yourself a big tip and you can give me the change later, if there is any.”

Mia nodded and I was out the door. I never even looked back to see what my parents were doing. I really didn’t give a flying fuck.