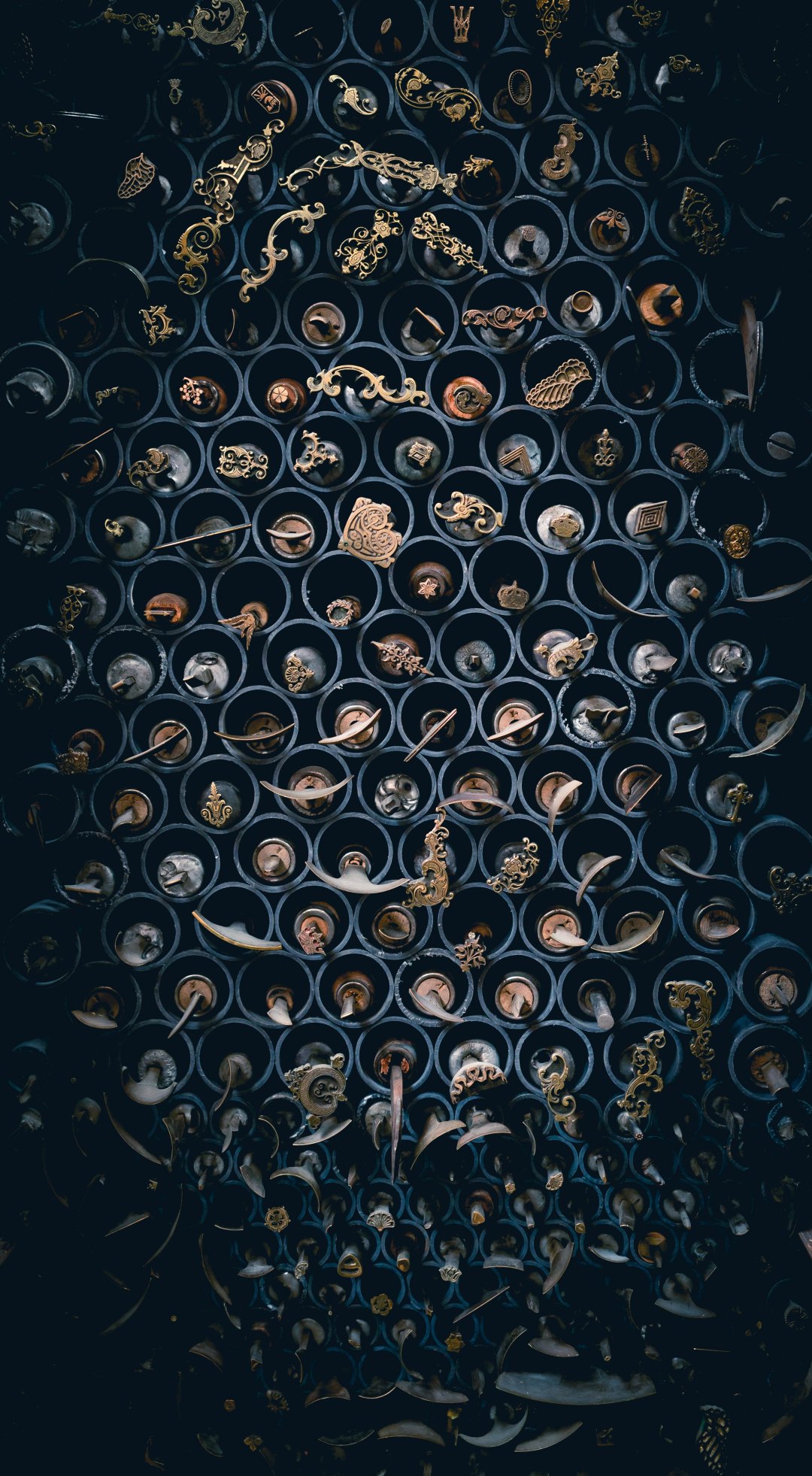 I walked the long way to the Archives. I was still carrying the envelope with the paperwork in my hand. It was heavier than I expected the more I walked. My father was right. Margo was right. Fuck, but moving was going to be difficult on the best of days. Right now while I was a fucking mess. It wasn’t going to go well.

The Archives were two levels of nothing but books, tomes and a shit ton of collected paperwork. Where once card catalogs sat were computers. The only thing they had digitized with the cards. The rest were volumes and volumes of paper. The powers that be said it was more secure, yet anyone could walk in her and read anything they wanted.

There were secure files that were digitally encrypted. Most of that had to do with the infirmary where tech was the latest and greatest cutting edge thing around. Asher Eriksen made sure of it. All his public businesses were cutting edge, but the Venatori, they lagged behind stuck in tradition. Stuck in the 80s with no internet, no cell phones and no fucking computers to do work.

In the center of the room was a desk where a few men and women sat attending to whatever filing and sorting and regular library stuff was. Mrs. Dolores Vega with her gorgeous green eyes smiled at me when she looked up. “Nox. What can I do for you?”

I grinned at my favorite librarian. “I need information The Last Phoenix – one of the Dragon factions. I know they’ve a hangout here in the City. I need those records.”

She tapped away at her computer and smiled. “You could have looked it up yourself.” She pointed to the computer. “I know you know how to do it.”

I gave her my most pathetic smile, “But then I wouldn’t get to talk to my favorite librarian.”

“I’m three times your age and you know I’m not going to fall for your charms.”

My grin was brighter and wider, “I know, ma’am. But I can’t help it. You bring out the best in me.”

Mrs. Vega rolled her eyes. “It really is no wonder Dorian fell so hard for the little boy he was just supposed to watch from a distance.”

“I was even cuter then, those too big eyes, and the gangly sickly body. So pathetic”

“And what’s your excuse now?” She wasn’t buying my flirting. She never did. She printed off a list of volumes for me but she handed it to one of the young boys sitting next to her. “Go get these for Master Sétanta.” The boy scurried off and Mrs. Vega returned her attention to me. “I’m listening.”

“My excuse for being charming?” I asked with feigned ignorance. “I’d tell you but I don’t think you’d appreciate the vulgar language that would accompany it.”

She sighed. “It’s no wonder there are no women snapping you up with an attitude like that.” She smiled. “Back when I was younger you needed to woo a girl.”

I laughed. “You know fully well I don’t woo. And I sure as hell don’t woo girls.”

I shook my head, “Don’t go blaming your son for my sexual preferences. I did not know Dorian was gay until after I got the shit kicked out of me for kissing Dylan.”

“What possessed you do that Nox?” She asked more curious than before.

I shrugged. “I dunno. Vague recollection of wanting to feel a pair of lips against mine. I hadn’t expected to get a fist to the jaw or kicked into submission.”

“But you had to know his response?”

I laughed. “Yeah one! My fucking half brother.”

Mrs. Vega sighed, “When Kai found out you were his son he nearly shit a brick.” Her hand flew to her mouth and I was pulling in my lips as she realized exactly what she’d said. Mrs. Vega was prim and proper and she never swore – never. Not even when she was bitching me out for fucking up her kitchen when I was experimenting on a dish I’d seen Marco make.

I started laughing. “I have this very big childish urge to say – I’m gonna tell.”

Mrs. Vega hid her fit of giggles behind her hand. The boy returned carrying a small file of papers and handed it to me. He looked at his mentor with a strange face. I could only imagine what he was thinking seeing a very serious Mrs. Vega giggling like a schoolgirl. But it wasn’t long before she was looking all that more regal as the matriarch of the Vega household. “This is all the information we have on The Last Phoenix. From what I saw on location in the records, it’s in a bad part of town. Not that I need to tell you to be careful Nox. But, be careful.”

“Yes ma’am.” I said. I waved the folder at her in a salute of sorts. “Thanks for the information. I’ll get it back when I’m done.”

“You better, son.” She said and then she was admonishing the boy who had handed me the file. Against protocol I’m sure.

I was in a much better mood after having seen Mrs. Vega. She always treated me like a son even though I was no such thing. I think it was more pronounced now that I was Kai’s son. Her husband’s best friend and partner. I was more family now than before.