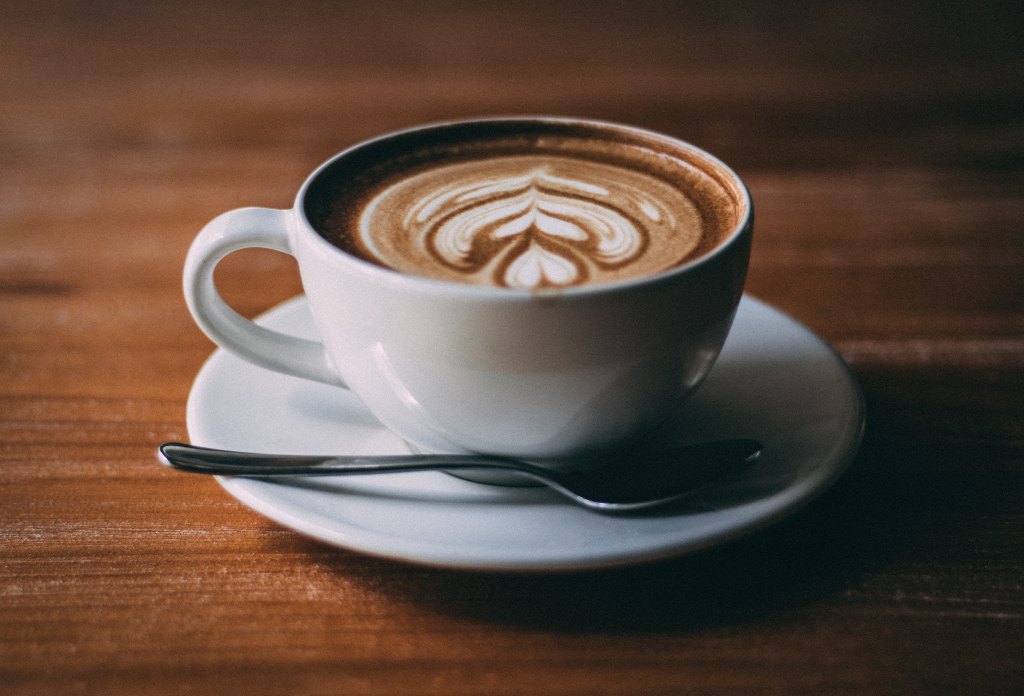 This fucking sucked. I find a great guy and he’s a fucking liar. Can’t fucking win. I kept walking, but I felt his eyes on me. I didn’t turn around to see if he really was following or if it was just my imagination. But I knew he’d followed me. It made me happy but it pissed me off too. I can’t storm off in a rage with his fucking blue eyes following me. Sometimes I wondered if Dan had done it if we’d have stayed together longer. Instead he let me walk away and I never looked back. Never saw him again despite living in the same area.

A thought that wasn’t mine played in my mind softly. You are cute when you are angry

I guess I didn’t need to look back, he was going to talk to me anyway. Though it hadn’t been what I was expecting. And I couldn’t help biting my bottom lip. He made me wish I hadn’t walked away with a simple phrase. Fuck, what was he doing to me.

My phone beeped and I took it out of my pocket to see a message from Alex. I opened it to find a picture of me and his comment.

A: Your ass looks great in those jeans

Of my ass more particularly. I couldn’t help but laugh and pull my lips in. What the fuck was I going to do. I wanted to stay mad at him, but he was making it difficult especially since he was sending me images of myself and him drooling over me – a well fit suit and next to nothing. I had a feeling a naked picture was next but I thought back at him first, I’d never wear that. I reminded him of the scars.

Alex’s next thought was a little sad, We need to talk about that.

I stopped and turned around and saw how close Alex was behind me. He almost ran into me since he was looking at his phone. “We’ll talk, but I have to go to this meeting. You want another cup of coffee? They’re buying.”

He nodded, “Sure.” I grabbed his hand and led him to the booth we always sat in and he sent me another flirting thought, Have I told you how hot you look today?

I shot him a look with a happy smile. The fuck! He disarmed me with a few flirty comments. I slid into the booth and pulled Alex after me. Chrissy came over to take my order with her bright smile and flirty voice. “The usual, Nox?” She smiled.

Alex put his arm around me and I knew it was a means of saying I was his. Chrissy ignored it while she waited for my response, “Yeah. Thanks. Alex?” I asked.

He looked up at her with a smirk, “Coffee with two sugars and cream. And whatever pastry, cupcake that’s freshest. I don’t want something that’s been sitting out all day.”

Chrissy smiled at him, “We’ll have some chocolate cake out in few minutes, if you’d like that.”

“You know he did. You come in here every day, order the same thing, you leave a huge tip for everyone. Of course Jay made you your favorite. Besides, Mia told him too.”

I sighed. “Fine.” I looked at Alex waiting for him to answer.

Chrissy left with a smile, and Alex looked at me, “What was that about?”

“Jay, their pastry chef made chocolate cake. Mia usually orders some for my birthday and brings it to me the day of, but she apparently can’t make it to the City then so she made Jay do it today.”

“Come on.” I grinned, “You’ve been stalking me and you don’t know who Mia is? You can see it in my head.”

Alex smirked and then it faded as he looked inside my head, “Childhood best friend.” Alex nodded, “She’s the brunette with the dip boy… husband, right?” I detected a hit of anger in his voice at the mention of Jace. I wondered if I was imagining it because of my own feelings towards him, or if I was missing something.

I nodded. “Yes, that’s Mia and her husband is Jason, or more commonly referred to as Jace.”

The door jingled and I grinned as Liam walked in. The man was scraggly at best but when he came to see me Dom forced him into a poorly fit suit with a tie that didn’t match but Liam always wore the same ratty sneakers on his feet. He looked like the bum he was.

A few of the patrons sneered as Liam sat down across from me and put the plastic card on the edge of the table for Chrissy to take. “Nox, who’s your friend?” Liam drawled.

“Alex, this is Liam. I don’t know his last name. He’s the left hand of the the Manhattan Werewolf Pack.”

I grinned. “He sends you to me often enough.”

“Dicky is his hand.”

“His right hand. I don’t like dealing with Richard. He’s a bully.”

Liam grinned, “That’s why he’s second and not Alpha.”

“Also why Dicky isn’t Alpha, Dom would kill him for trying.” Liam said just as Chrissy started walking this way.

“Because you flirt with him.” Liam said.

“I flirt with everyone, haven’t you learned that Duckling.” I said to Liam which made him blush a slight pink tinge to his ears.

“Careful Liam, you might wolf out on me.” He ducked his head.

“Nox. Stop, your boyfriend will get mad.”

“I never said he was my boyfriend.” I smiled at Liam and turned to Alex, “I didn’t think we were putting labels on it.”

Alex’s arm fell to my shoulder and he tugged me closer and I felt his breath on my neck. “We weren’t, but I don’t like him.”

I nodded and sent Alex a thought. I’m sorry. Liam is harmless. I’ll get down to business.

Chrissy left their drinks and slices of cake. I sipped my coffee before I looked at Liam. “Does Dom have any requests?” I asked.

Liam shook his head as he poked at his chocolate cake. “He only wants to know what you said to Kyle about Abby.”

“I told him if he forgets to lock Abby’s cage and she gets killed I was going to kill him.”

Liam gasped. “You didn’t. You didn’t mean it did you?”

I shrugged. “He doesn’t want to find out.”

Liam frowned, “You only kill in self defense.”

I shrugged. “Yeah maybe I’ll make an exception. There is no reason the man can’t lock her cage three days out of the month so she doesn’t get out and start hurting people. You and I both know she can’t shift back. And you know it’ll kill her if she hurt anyone again. He claims to love her but all he does is bitch and complain about how he has to be the responsible one. She lets him ride her coat tails and he can’t man up for three days and take care of things.”

“Yeah but when your pacifist Venatori goes all I’ll kill you, you kinda get scared isn’t that why Il Cane is supposedly afraid of me?”

Liam choked on his mouthful of cake. “That’s what the rumors say. She has some Latin or Italian name for you that means something like the Final Death. Least that’s what Armande’s boys say.”

“You all getting along down here?”

“The boy he sent, yeah. He’s a sweet thing. Chris and Avery do the pack favors and we protect them from the rest of the vamps who want to rip them a new one.”

“I know Liam. I have a question I want you to keep your ear to the ground. The Last Phoenix is stirring up trouble. I don’t know if its a faction inside, or the whole crew but I need to know if they make trouble in your territory.”

“Dragon’s don’t like wolves. They don’t hang here. There are a few pockets in Adrian’s territory but they won’t come down here. We smell bad to them.”

Liam grinned, “I resemble that remark.”

I finished my coffee and Liam looked down at my untouched cake. “You are going to eat that right?”

“I am, just not with you watching me.”

Liam sighed with relief. “I hate when you eat chocolate here. It’s almost as bad as when you flirt with Dicky and his comments about gay men.”

I laughed. “You are comparing the sounds I make to the bull shit he spews.”

Liam chuckled, “Nah, man, Dicky didn’t get his nickname cause it’s a shorthand for Richard.”

“Really, they know what he does?”

Liam frowned, “Back in the day, he came crawling back at the ass crack of dawn while Adrian was making peace with the big boss and Adrian smelled you all over him.”

“He didn’t fuck me.” I said more for Alex’s benefit that Liam’s.

“That’s what he said. But he tried and that was all that mattered to the pack. He don’t hate guys that like guys, he hates you.”

I grinned at him. “He hates guys who like guys. That night, he tried to beat the shit out of me. None of the guys were having any of his action. Jaxen called me in hoping the wanna be Venatori would be enough to get him to back down in his bar.”

“Wait a minute, you know Jaxen Oliver?” He asked. I must have been thinking his name. “And he knows you are Venatori and what werewolves are?”

“He knows I’m friends with Adrian. And Adrian trusts me to keep the peace with his pack. All of Adrian’s, um, play friends know he’s a werewolf. It’s part of an NDA they all sign and under the sexually transmitted diseases.”

“You can become a werewolf through sex?” Alex asked.

“It’s rare, but it’s no different than aids. It’s transmitted through bodily fluid transfer. Which is why scratches rarely turn a human. But bites almost always.”

Liam frowned, “I gotta go Nox. Dom doesn’t like when I’m late. I’ll tell him what you asked us to do. He says thanks for Kyle.”

Liam nodded. “Will do. See you next week.”

He chuckled. “No worries, Pretty Boy. I got to find out all sorts of things listening to you and your werewolf friend. He’s got a poor shield.”

“Liam isn’t very powerful. He’s a rare wolf, he’s an addict. Usually doesn’t stick but Liam couldn’t cope with the change so kept using and they have to keep him locked up like Abby.”

“Why don’t they keep them together?” Alex asked as he picked at my chocolate cake.

“Two uncontrollable werewolves together is not a good idea.” I said.

“Do you want to talk here? Or someplace else?” He asked me with a smirk.

“After you eat your cake. I want to hear these sounds that make Liam uncomfortable.”