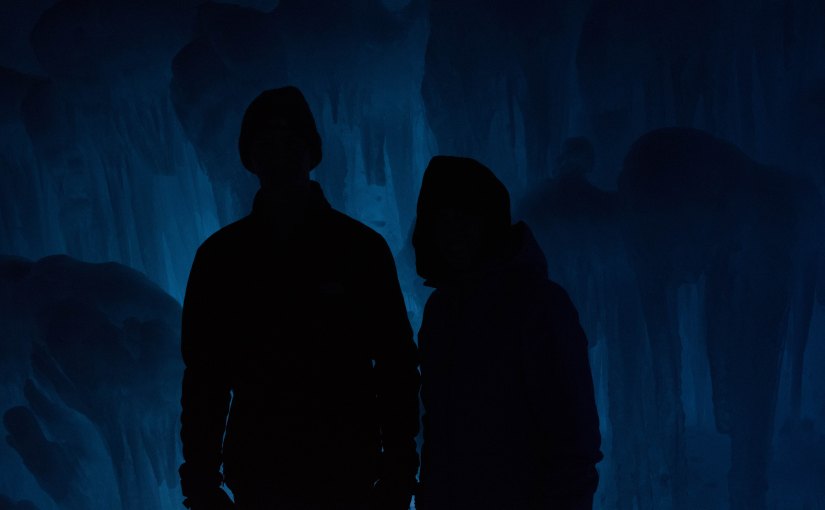 I parted ways with Armande. He promised to have someone on the door as soon as they arrived. Until that time he was having the cameras monitored and the ward that sensed me coming in to their most sensitive setting. It was funny how much magic and technology matched each other. It really was no wonder Sage was able to do what he did. There might be some theory about that. But that was for someone other than me.

The walk back to the AU building was disquieting. There were potential bombs all over the City. It made me remember when the Twin Towers fell. I was nine. And it was one of the scariest moments of my childhood. It was four miles as the crow flies from where we were when the first plane crashed into the north tower. The explosion echoed across my memories. The news erupted with the information. The chaos that was outside was beyond comparable.

Fifteen minutes later the second plane crashed into the South tower. The teacher lost control of the classrooms and everyone was plastered to the windows looking for another plane.

And then the worst possible thing happened an hour later, the South tower collapsed. The City was in mass chaos. The debris alone devastated the city. But the first responders were everywhere. The City had never banded together so strong as they had that day. I didn’t realize it at the time, I was nine. But everyone was affected – human, supernatural alike. The wolves helped the vampires. The vampires helped the humans. Everyone helps everyone. It didn’t matter what you were. Our home was under attack and everyone was working for the greater cause.

Me and several other students had snuck away from class and were sitting on the roof watching what we could see from across the miles. We watched the second tower collapse. The roar was deafening to my ears. It had been a devastating mess.

There was no fucking way I was going to let this dragon do that to this City again. We had to find the bombs and disarm them in time. I picked up my pace and sprinted up the stairs to HQ.

There was someone in Dae’lin’s office when I barged in. “Excuse me, Nox.” Dae’lin growled.

“Sorry.” I looked at the occupant and was about to apologize to them specifically but then I saw it was Anabel Dowager – the legal on this particular case anyway. I gave her a bright smile, “Good, you can hear this too.” I set the bag of samples on Dae’lin’s desk and unrolled the city plans. “I tracked one of the numbers I retrieved and found this.” I tapped the map. “I found fragments of circuits and fertilizer and other chemicals. This dragon was building bombs. And from the looks of it he’s got a series of places marked on the map. We need to disable them as soon as possible.”

Dae’lin’s face had gone pale but she looked at Ms. Dowager with a completely satisfied face. I bet they had been talking about me and how I was still working on the case. Ms. Dowager was standing staring at the maps. She grabbed them and flipped them so she could see them. “I’ll get someone on this.”

Anabel started to take the maps and items from Dae’lin’s desk but Dae’lin placed her hand in the middle of it. “I think, your people will come up here to the fish bowl and Nox will head it up.”

I looked at Dae’lin and blinked. “He found the problem it’s his case, you were just telling me his continued investigation was not worth while. Bombs are in my eyes worth the while.”

Anabel hurumped and dropped the map and the bag of samples. “Actually, Ms. Dowager.” I said. The woman turned her head to look at me with a scowl maring her pretty face. “I could use some assistance getting these samples analyzed and the scraps of plans I found so maybe we can figure out what we are dealing with.”

Her smile brightened only a little as she snatched the bag from my hands. “I will get on that. Harvard and Moore and whatever you other hunters you need are at your disposal Mr. Sétanta.”

“It’s Nox, ma’am. And thank you.” I said but she was already walking away.

I smirked as I turned to look at Dae’lin. “What was that about?”

I laughed. “Well then I guess I came barging in at the right time?”

“Fortunately for you and me yes.”

I nodded. “Thank you Dae’lin.”

“For believing in me.”

She raised a fist. “Boy, I’ll.” She smiled and relaxed, “You are usually right. I’ve learned to trust your instincts, Nox. You make a lot of trouble, but that trouble usually doesn’t come back to bite me in the ass. Unlike a certain elder who I won’t name names.”

“Are you talking about my father?” I asked.

“I said I wasn’t going to name names.” But I knew she meant my father.