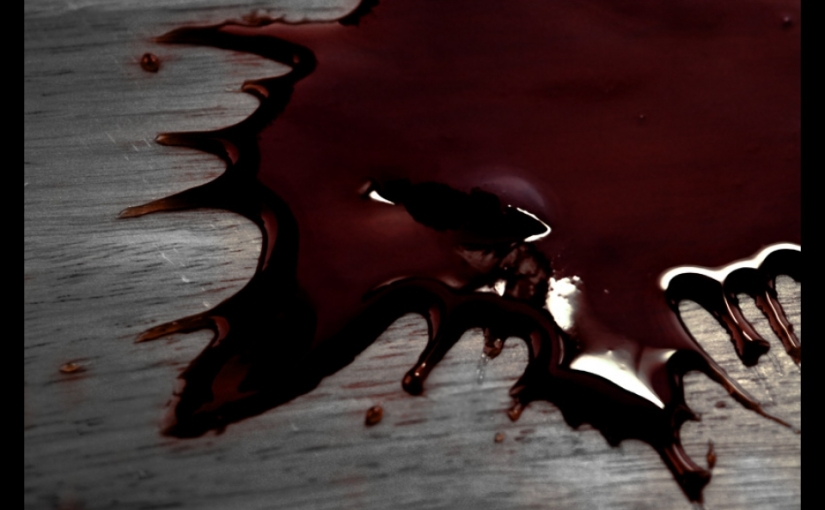 Now that I knew who the man was I could keep him out of my head. Keep him from overpowering me. Alec Moretti was the master of the Dominion line. One that scared the living fuck out of me. Auspex and Dream-walking were the only other ones that scared me. Everything else I could handle. Those three – not so much. Even empathy paled in comparison to these things. The idea of loss of control scared the fuck out of me.

Alec told me about Valentina’s situation. She was the master Auspex vampire – telepathy was the main gift, but others displayed telekinesis with it. Valentina was rare that she shared both. She had pissed off Valence by saying no in apparently in the only way Valentina knew how with a resounding fuck you. She sent his minion back to him in pieces.

Now Valence was hounding her and she had taken herself and her entourage to a hidden location that was now under siege. I asked, “You want me to help break her free?”

“Yes, and then Anthony can take us to Carissa and the council will construct a plan to defeat Valence.”

“And why can’t you all do this without me?”

Alec smirked. It reminded me of Dev’s I rolled my eyes. “We could. But Carissa sent you. You are former Venatori. Carissa fears your wrath. I for one would like to see it first hand.”

Ryan, who was standing in the door frame of what looked like a kitchen beyond, spoke softly so as not to make the vampire annoyed I was sure. “I’ve seen it Alec. It may not be the wrath Cari fears. He did something to one of the Auspex vamps who tried to get into his head. He was clutching his head and writhing in pain. And then without a second glance he stopped the earth shards one of Nate’s sent at us then threw a fireball that engulfed the vampire. Then two more rushed him and they were decapitated before they were with in ten feet of him.”

Ant laughed. “What he didn’t whip out the juggling too?”

Ryan started to laugh but when Alec didn’t he stopped. Cari’s Chevalier was afraid of the man before me. That was something to note.

It was truly amazing to watch Ryan’s reaction to the master vampire. But with Ant here he was much more relaxed and his witty self was coming back.

So we went to Paris. It was close to midnight and the stars were shining brightly above and where we walked into I saw a perfect view of the Eifell tower. Too bad I wasn’t here to sight see. Too bad my loves were here to see it with me. It was annoying. I was sad. I missed my family. Even the annoying parts. I could go back to mundane? No I couldn’t. I couldn’t live that life. Sage didn’t want me living this one. What the fuck was I supposed to do?

Alec put a hand on my shoulder and pointed to a building. “Valentina is trapped inside. When the sun comes up they will fry.”

I nodded. “So why can’t Ant walk in and get them out?”

“We’d need more firepower than he has.”

“His brother can shadow walk, his father, his sister, his grand-father and grand-mother and those are just the vampires I know related to Ant. We don’t need fire power we need enough walkers to get us in and out.”

“You think you can defeat an army of vampires with …” Alec turned to count, “one, two, three, four, five, and me?”

I shrugged. “I’ve taken on packs of were creatures by myself. Look. I’m here as diplomat and magic user, trust my magic. We will all get back out if we have enough shadow walkers to get us in and off of us out.”

Ant nodded. “How many does Valentina have, Alec?”

Alec shrugged. “She won’t reach out. I don’t know.”

“So we go in what we can get. Ant, see how many your father can bring. But not too many.”

Ant nodded and walked through the shadows to Sanctuary.

Alec took the time. He leaned down in and whispered in my ear. “I am truly sorry. I didn’t realize you would be willing.”

“I’ve dominated many a man in my life, Nox Sétanta, but none have I ever regretted.”

“Don’t. I succumbed out of many reasons. I’m okay with it. It’s tempting to give you control.” I grinned. “But I’d rather it be one of my boys doing the controlling.”

I shrugged. “Don’t worry about, Alec. I’m good. No hard feelings. Besides we have a girl to save.”

Alec smiled and nodded. “We do.”

As if summoned several people walked out of the shadows lead by Ant. I knew Tony, he was clearly Ant’s father – the resembelence was uncanny. An older man stepped in from behind Tony followed by a younger man. Ant started the introductions, “Nox you remember my father, Tony.”

I offered my hand. “I remember.”

“This is my half brother Henry.” Ant introduced the younger man. “And this is my grandfather Francesco.”

Henry was busy talking with Alec and Vincent, so I didn’t shake his hand, but Francesco offered his when he was introduced. “This is Magistrate Death?” He smirked. “He’s a little scrawny, why is Il Cane so afraid of this one.”

Ryan chuckled. “He’s not scary looking. But I’m sure you can feel the power coming off of him. If I can feel it it when I’m with Cari, then it has to be strong.”

“Power is nothing.” Francesco said.

Francesco laughed. He leaned forward and whispered, not that he could hide from anyone here what he said. “Frankly she scares me too. Which scares me that you scare her.”

Ant answered, “It’s like when a vampire is afraid of mother. They know as long as she doesn’t know their name they are good. But when she has your name you run and keep running until mother catches you. That’s what Nox is like Grandfather. He is easy going and willing to help you out until you piss on something he cherishes. Be that his family, other supernatural creatures or humanity. Then he knows you, you’d better run because if you attack him to try to save your life, you’ll be dead. Mother fears the day that she pisses Nox off.”

“I could never catch your mother.”

Ryan laughed and Ant rolled his eyes. “Every year for four years I distract you from chasing mother. You always find her. Always know where she is. You know how to find her.”

Tony put his hand on my shoulder. “She disliked when you bonded to Ant, and she thought it was how you tracked her that second year. So the third she sent him away from her in June, and you still found her.”

I shrugged, “She’s not hard to find.”

“She was trying to hide from you.” Ryan and Ant said at the same time. Ryan grinned at his friend then contined, “This past June she didn’t try and neither did you.”

I sighed. “Now that we have the introductions out of the way can we discuss the plan.”

Francesco was about to say something but Ant put a finger to his lips and smiled. “Grandfather, Nox is not mother.”

One thought on “Shadow Walkers”