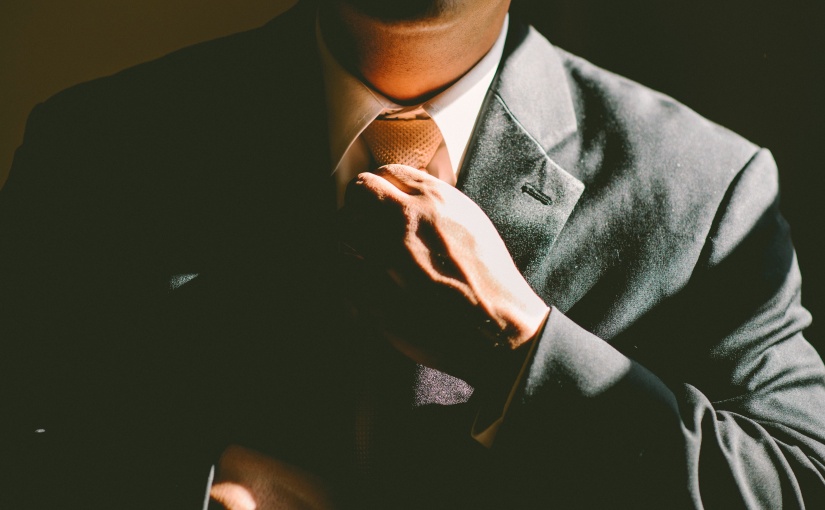 For being in the heart of what was the Venatori – there were tattoos every fucking where, it felt quieter than most places. The only people I felt were Nox, the two dragons with him and a handful of others throughout my current reading range. But it was a change from being in Nox’s apartment where there was only him. Whatever warding they did to keep vampires out also kept stray thoughts from leaking around. Or at least that’s what I assumed.

A man in a well tailored suit walked past me with a nod and opened the conference room door. He held papers in his hand. Nox looked happy to see him. I watched through the plate glass walls as words were exchanged and papers slide to Nox, and to the woman to read. I should have read Nox’s mind, but I didn’t want to get involved. Poet would never know I had the opportunity to listen to a negotiation by the Venatori, but I didn’t suspect this happened outside of Nox anyway, the mere fact that it was happening was the key point.

The man left with a wave. As soon as the door closed the man sat down in the chair next to me. “You must be Alex.” He said.

He shook his head and offered his hand. “Dorian Vega.”

“So you’re the one who let someone hurt him.” I said bluntly – my mouth escaping me for a moment.

The man smiled at me. He didn’t get angry which surprised me. “There was no proof that the man hurt him. While he was in his care, there were no signs. Should I have seen the way the boy drew into himself even more than he had been when he got here. Yes, probably. But I too was young. He was my first charge. I did everything in my power to protect him. Even after the fact.”

“That doesn’t negate the fact that he was tortured.”

“It does not.” Dorian agreed. “But Nox never blamed me for what happened to him.”

“Of course, fucking not, he idolizes you.”

Dorian laughed. “No, he respects me. He’s forgiven me for my transgressions great and small and I’m eternally grateful. He idolized his true father for which I encouraged. But when it came time to know his father it took a few years and they still have problems.”

“I’m aware of his problems.” I said curtly. I wanted this conversation to end.

Dorian chuckled. “Tell me Mr. Kennedy, do you know you are more than just a human path?”

What the fuck? I blinked at him. The well manicured man gave a brief nod. “Most of us can’t see what Nox sees. Whether it’s out of disbelief, or complete lack of gift, i don’t know. But you are more than just a telepath. I see something different, a little wiccan, and something else.” He shook his head like he was riding himself of some bad image. “Take care of him. He wears his heart on his sleeve if he lets you close enough to see it.:

“Would you like me to?” he asked. “Nox doesn’t need someone to stand up for him, he needs someone to pick up all the pieces when he’s broken.”

Dorian sat back down on the edge of his seat turned towards. “How do I pick up the pieces?”

I shook my head, “No, how do you not want to just leave?”

“I don’t think you need me to answer that. You wouldn’t be here if you didn’t already know the answer. I know you’ve seen Nox in a bad place. And I expect as you and he get to know one another you’ll see him at his lowest. But for me, there was never the option to leave. He was my duty, my responsibility at first. Then he was the topic of my thesis and a hallmark student. It took me five years before I loved him – and his quirks. He’s the reason I am where I am both professionally and personally. With out that boy, I think my life would be dull.”

I laughed at that last comment. Though I wish I could tell him I had seen him at his lowest – more than once. I’d talked him out of suicide on a number of occasions. I’d seen him high out of his mind and in a drunken stupor. It was all dreams – I had always wondered if they were real. “I have one last question, I know you want to go.”

“Not want, son. Have a job to do and chit chatting with my favorite students boyfriend isn’t getting it done, but go ahead.” He smiled warmly at me. It made me feel like I could tell him anything and it wouldn’t matter what it was.

Dorian looked at me through stunned eyes. I knew he was looking at those things he saw like Nox did. He was trying to find out why I’d asked.

“There is a lot of darkness I don’t want to step into.” I said honestly. The darkness had scared me on a primal level as well as an emotional one. I’d seen myself in there and I didn’t want to know why.

Dorian sighed. “Yes. The anniversary of his sparking has always been rough for him. And I know of two cases where he tried and failed to kill himself. The first was when he was seven and he slashed his wrists but he healed too fast for it to do any good. The second he jumped from the top of the building and had second thoughts half way down. He broke several bones in the landing. But nothing recent, the past five years have seen a drastic drop in his destructive behavior.” Dorian stood up and offered me his hand. “I should go. It was a pleasure meeting you Alex. Maybe you and Nox can come by for dinner. I’m sure Nox and Marco would love to show up whatever concoction they could put together for us.”

I took his hand and then watched him walk away. The past five years he’d been less destructive. Well fuck!