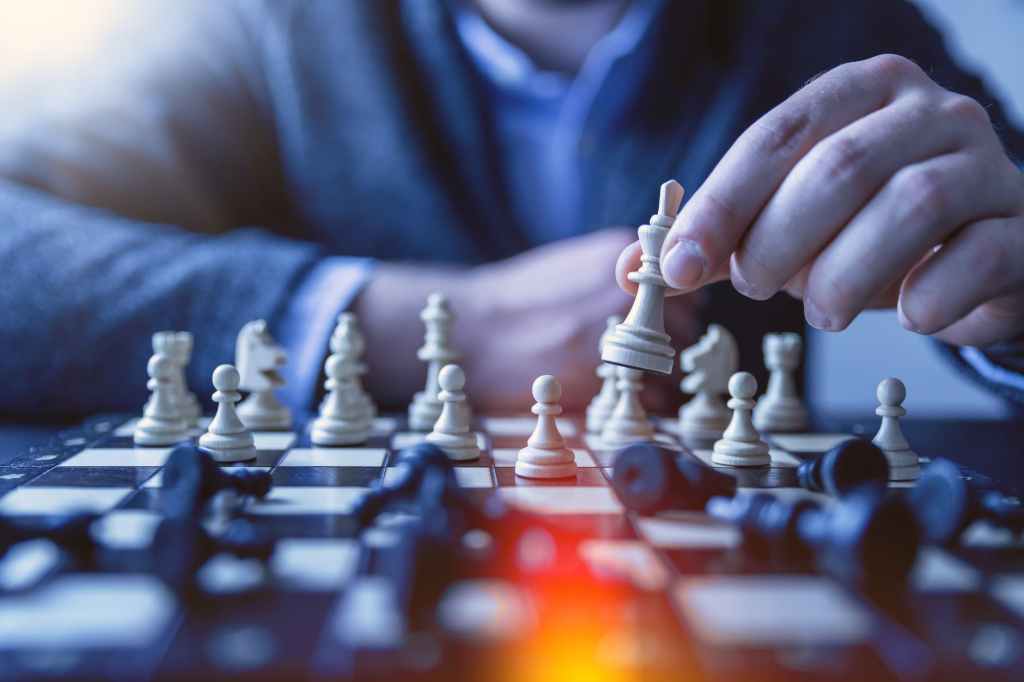 There were always pawns moving on the game of chess Poet was playing. But the board was not a neat set of carefully laid squares with each piece moving a predetermined set of spaces and direction. His pieces moved erratically, they had free will of their own. It was a much more complicated play than the game board he sat in front of in the middle of Central Park.

It had become a sort of habit. Every day at precisely 11 am a single person ran by his chess board. He’d stop and offer Poet a bright smile. He’d stare at the board while he stretched out the kink in his long lean side then reach across empty chair and make a single move. “Checkmate!” he explained today with a bright smile .

He’d depart the way he came, only in the opposite direction. His long lean legs carrying him towards the Apex Unlimited building where he’d shower, and then make lunch. Such was his everyday routine, and it had been the same for a blip in Poet’s life, but most of the mans.

Poet had been watching the boy grow up. Watching the once scrawny gangly kid grow into himself. Grow into his power. And boy did that boy have power. At first when Morpheus brought him the news of the strength of the boy it was just a curiosity. Poet kept tabs through the school, and Morpheus’ nightly minions. But he was just a boy – of no consequence.

And then all of a sudden there was this marvelous statue that had been moved from the upper levels to take pride of place in the middle of the AU building’s first floor lobby.

There was nothing spectacular about the statue, except that it had been crafted by a ten year old Magnus who could wield all four elements at the same time. Poet had gone more than once to behold the spectacle that humans didn’t comprehend. The sheer power of the boy was unheralded. The fact that he was nether-born was a thing of prophecy.

From that moment forward Poet had the boy watched. Matthias Haskings son, Matthew sent his academic records. The little nightmare made quarterly reports to Morpheus, though the demon was never truly honest about anything. Reaper once Poet had found him, dredged up every online footprint the boy made. This would have been excellent except it was only his personal life Reaper could find. Anything that happened in the upper floors of the Apex Unlimited building were completely off the grid. There was no way Reaper could infiltrate their outdated systems.

The one saving grace was that the boy ran circles around the city. He was friends with the Prince of the Vampires, Il Cane’s Golden boy – her son, and his friend. His wolf pack connections were high in every sense of the world. Once he left the AU building he was on Poet’s turf and surveillance was great.

And the best part of watching Nox Sétanta all these years, he knew the boys schedule inside out almost ran his clock by it. The boy was a player in a game he didn’t even know he was playing. Poet had let him go for the last five years. Let the fates go where it took him. But now, he was about to pull strings, he just had to find the right mechanism.

His exploits in the bars had prompted Poet to send Leyla after him. A sweet little telepath but she couldn’t get close. She’d flirt, be nice, and all he ever wanted was a quick fuck. He ignored her after she gave in. Plan A was a dud.

It wasn’t until Poet saw him with the Vampire Prince with his own eyes. There was more in that relationship than just friendship. So Plan B was born.

Poet looked at his watch, it was just about time to meet with Plan B. He stood and the light around him shimmered and when he stepped forward his visage changed. The once old man was now his youthful self. No need to hide. As long as the check never bounced the man would always come back to New York City for him.