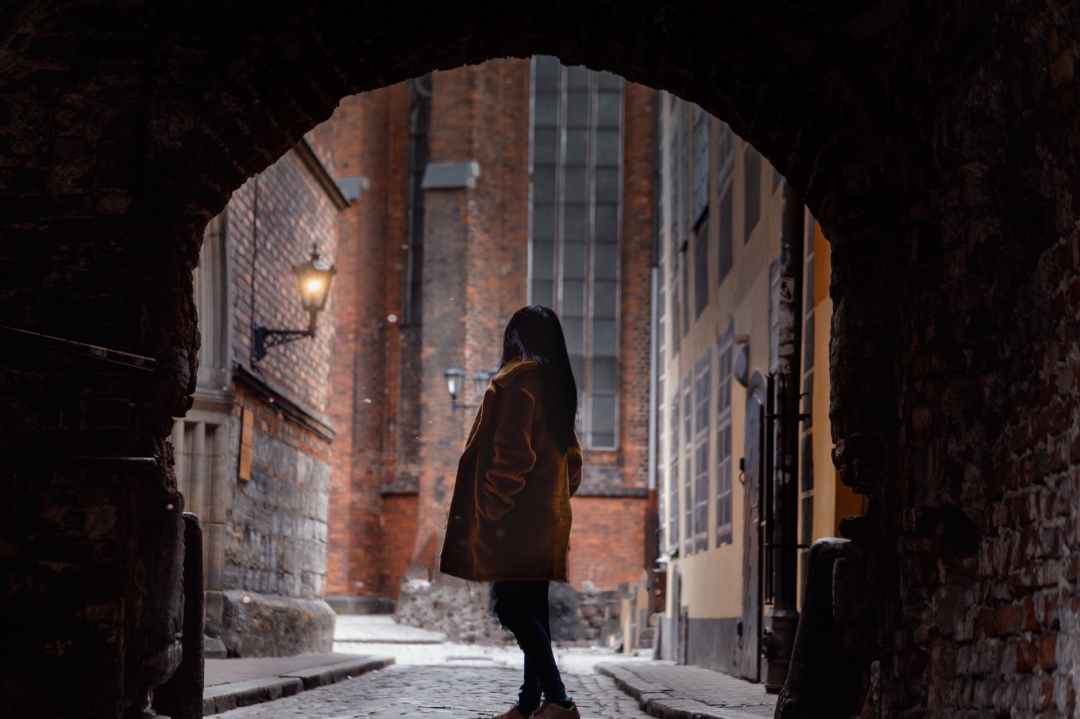 Alex had his hands full and walking down the stairs was lonely. I had walked up with Hunter and had dinner with Alex – for the second time. I enjoyed my time here. It felt nice – but it was time to get back to my world.

Which really wasn’t my world. It was Alex’s world apparently. I don’t know how I got mixed up in all this. How had I come to stand in front of Safe Harbor?

But I didn’t get too far before I heard a commotion down another alley. I started to walk by but then I heard a scream and I turned down the side alley and into the shadows. It was dark and the shadows were thick. “Leave her alone.” I said quietly.

There was a moment where it felt like the wind had stirred and the whole place got brighter, and then it was gone. The three men who had their hands on the women were all looking at me. Their eyes wide with fear and then they bolted, dropping their grasp on the woman and she tumbled to the ground. I raced to her and scooped her up. “You okay?” The sense of familiarity rose in me. The feeling of peace overcame me and the ever present pain I’d been living with.

She smiled up at me. It was like seeing an angel for the first time. I wondered if angels were real. A thought I filed away to ask Alex later.

“My savior.” She beamed.

“They must have sensed the strength in you.” She smiled and squeezed my bicep. She stood on her tip toes and tried to kiss me.

She giggled, “My name means light, and yours means dark. And you’re named after a goddess.”

“So I’ve been told.” I smiled. For some reason I knew that had been true. Though I didn’t remember who had told me. We didn’t learn about the same myths as human children did. We learned the same people, but they weren’t always the same stories. The goddess of night was not among them. She was a vampire named Nyx. I stopped at the mouth of the alley way and thought to myself how did I know all of that information.

Lucy was staring at me as I stood in the mouth of the alley just staring off into space to her eye. “Sorry. I just had a strange thought.”

I nodded, “Yes ma’am I will. It was just a strange thought, how I was named after the goddess of night.” I lied with a smile on my face. Alex would have seen right through it and it had come so easily – that little white lie that wasn’t a lie. it was a half truth. I was good at half truths – saying things that were only partially true so that I was never lying outright.

But yet I felt like I didn’t tell lies. It was a fundamental part of who I am, but as we walked I thought about how that information had just spilled into my head.

Lucy chatted and I listened. It was strange not being the one spilling out words. But she hardly gave me the chance to talk. I wondered if that was how others felt around me. I’d have to make a concsious effort to let others talk. “Anyone ever told you, you talk a lot?” I grinned.

She looked at me stunned. And then the blush that crept over her face made her ears red too. “All the time.”

She relaxed and beamed up at me. “Oh really? You’ve barely said a word the whole walk.”

“I couldn’t get a word in edge wise, even if I wasn’t lost in thought.”

She nodded, “I do that too.” She looked up at the tall building that had had V&M stuck high above for the world to see from everywhere in the City. It wasn’t the tallest building, but it was one of the top ten. “This is me.”

“I didn’t know there were apartments here.”

She smiled, “There aren’t. My dad works here, we are going to lunch. You should meet him sometime.”

“I just met you and already you want me to meet your parents I’m flattered.”

She laughed, “You are funny.” She reached up on her tip toes and pressed a kiss to my cheek. “I’m serious.” She pulled a card from her purse and tucked it into my hoodie. “Call me, and we’ll make a date of it. You can bring your boyfriend even.”

“You sure you don’t want me to walk you up?”

Lucy shook her head and the blonde strands fell in front her face. She pushed aside the locks with a smile, “No one will hurt me inside here. My Dad is pretty powerful man.”

The way she said powerful I got a shiver and knew she meant something entirely different than what I thought she meant. Though I didn’t know why. I didn’t know why this building gave me the chills too. Something about it…

Lucy waved her good-bye as she opened the door and entered into the lobby of the V&M building. I could follow here, but as I glanced at my watch to catch the time, I didn’t have enough to do that and make the meeting with Dom. I promised and I didn’t intend to be late.