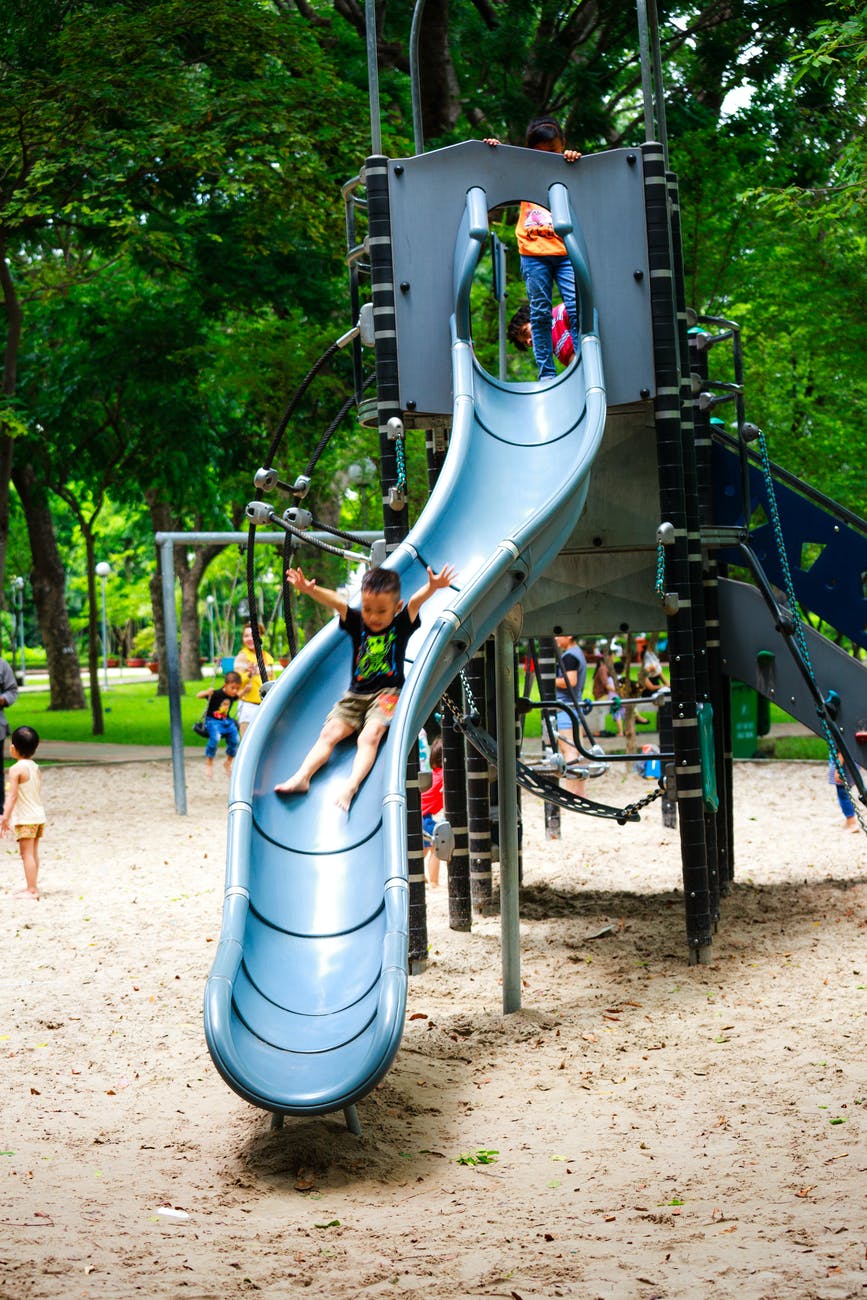 I walked angrily for a long while before I stopped just outside Heckscher Playground. It was a good place to get the kids to make the parents stop for art time. It was a central location to all the fun kid attractions, the zoo being number one on most lists. I’d never been personally – at least not in my memory but that was short lived not even three months gone since I woke up.

And here I was again – with no job.

I set up my supplies and started sketching on the easle. It was visible to everyone and it really wasn’t all that spectacular, just the tree line, and the buildings behind it. A few of the people lounging about made it into the sketch as time went on.

It could have been twenty minutes or 3 hours before the first set of people came up to me. I didn’t really pay much attention to the time while I did this. I wasn’t here to make a ton of money. If I wanted to do that I’d have to hit the tourist attractions harder.

The family that came up was a dark-haired woman with three kids and from the look of her, two more on the way. I don’t know how I knew it was two, or even that she was pregnant but I knew. Just like I knew the two who had stopped in front of me were twins.

I looked up from my sketching with a bright smile. The eldest girl had a swath of pink in her hair. She was looking at me with a strange question on the tip of her tongue. “You want to say something?”

She shook her head. “No.But you aren’t like everyone else.”

The small dark-haired girl turned and looked at the other. “You can’t read him?”

The little boy was pushing between my drawing supplies and the easle and peering up at my work. He smelled slightly of toasted marshmallows and a campfire and his fingers were long and thin. He reached up and pointed at a space, “You should put a dog here.”

I looked up and there was a spotted Dalmatians trotting by. “He walks here everyday. His name is Brutus. He doesn’t like Cass.”

“Your sister?” I asked as I started sketching the dog he’d indicated. He pushed between my legs and my free hand instinctively closed around him pulling him closer to me. He felt right – perfect. But he wasn’t my family, I didn’t have one. No one missed me. But that didn’t stop him from putting his head on my arm as he watched me sketch the pooch.

The two girls were talking in hushed whispers – arguing was more like it while their mom, babysitter, whoever she was watched me carefully. Her eyes never straying from the boy who was cuddling up to me. The dark skinned boy with hair of spun gold came up to me and he put his chin on my leg and watched too. “You smell like a campfire.”

The other boy giggled, “Like toasting marshmallows on an open bonfire.”

Both boys laughed, the one in my arms spoke softly, “Da won’t like this.”

Their guardian growled, “Why Hunter?”

The boy in my arms shrugged. “He just won’t.” He pulled out of my arms and ran towards the woman, “Please don’t tell him.”

“I’m looking for work, I can draw whatever they want for a fee.”

That pulled the attention of the girls, well the little one at least, “Oh, Izzy can he draw me… Please!” she begged. “I have money.”

“Money your Da gave you to spend on ice-cream.”

“This is better. It won’t be gone in an instant. Please.” She begged.

Izzy frowned. “Fine. We don’t have all day.”

“A sketch of whatever you want.” I said. “But you hold on to it, let me do the work then you can pay me, okay?”

She nodded and I moved the drawing supplies from the chair and nodded towards it, “You sit there, and sit still but not too still, and I’ll get started.”

She giggled and she sat down and posed. Her hair was tossed back behind her shoulder, the purple streak of hair was hung over the front with care. She’d done this plenty of times. Her smile was bright, her eyes big and brown and something about her said she was a feisty little thing. Full of energy and mischief. A girl I could fall in love with – had fallen in love with just by seeing her.

I flipped the page to the next empty one. Which wasn’t the next one, I’d started sketching my tree in the middle of the notebook it seemed. Hunter was back in my lap his fingers reached out to the tree and his fingers hovered over the sketch marks so as not to ruin their lines, “It looks so sad.”

I grinned, “You did nothing wrong.”

He looked up those same big brown eyes that were the same as his sisters. “I’m sorry you are alone. But it has to be this way. But it won’t be that way forever.”

Cass’s smile faded, “Hunts did you dream about him?”

Izzy and the other girl were paying attention to the three of us now. Well, Hunter anyway. He looked up at me, then back at them. I could see the thoughts rolling through his head, he had dreamt about me, but the words that came out of his mouth were the exact opposite, “No.” He said, “Not about him.”

Izzy was pulling Hunter away from me, “About who?”

Hunter frowned, “You are hurting me.”

Izzy let him go and Hunter flung himself back in my arms. I held him close and looked up at the woman scowling at me with a shrug. I didn’t want to get in the middle of this. “Why don’t you take them out for ice-cream, on me, and you can come back tomorrow for that picture?” I looked at Cass. I pulled out a twenty and handed it her.

She took it up cautiously but it was Hunter she was watching. She knelt down so he could see her and they spoke in quiet tones I could barely make out. But I didn’t listen. Hunter squeezed me tight and looked up at me with tears in his eyes, “It won’t be like this forever.”

I grinned at him, “That’s good to know. I’ll see you tomorrow.”

He smiled and let Cass drag him away. The other kids followed but the woman glared at me, “We won’t be back tomorrow,” she said.