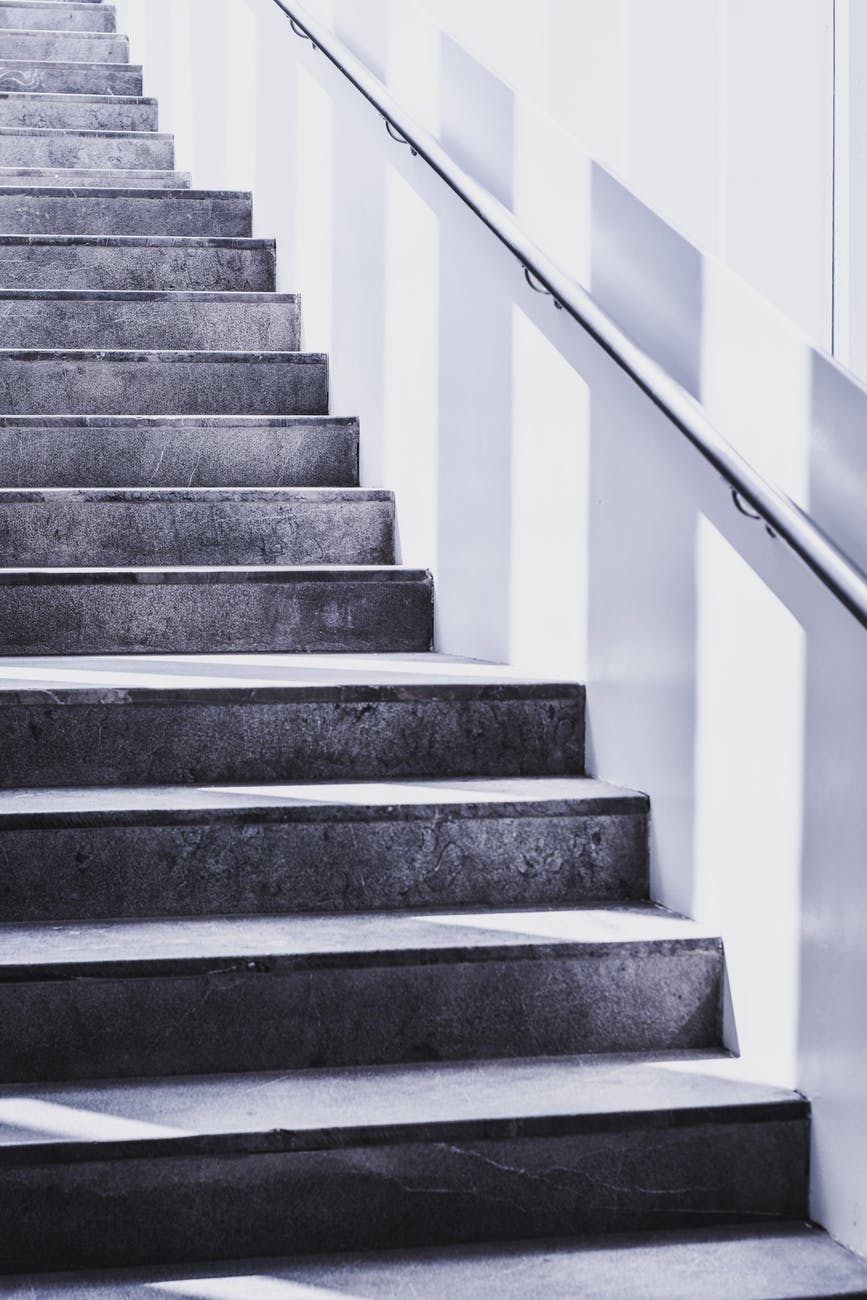 Jin didn’t try to escape, not that she could anyway I dragged her along bound in air.  We took the stairs.  Even Griffin didn’t mind the 55 plus flights of stairs going down.  I’d never subject that to a human.

As if Griffin would read my mind, “You should make Alex does these with you now that he’s, what do you call it… Chevalier?”

“I don’t think Alex will ever want to or need to run fifty-five flights of stairs.”

Griffin chuckled, “He might if he wants to keep up with you?  How many times do you do these stairs?  I know you take the elevator when I’m around, but Jae and Seraph both bitch about it when I’m not.”

I grinned, “A dragon and a therian have better speed, agility and strength than I do, they should be able to handle it.”

I think we need to put that to the test.  “Any body guard who can’t keep up with you gets kid duty.”

“Are you willing to be the first one?”  I looked at Griffin.

He gave me a mad grin, “First thing tomorrow morning we’ll all do it.”

“How about first thing tonight, so you can get the vampires too?”

The door to the landing opened and Alex stepped in, “This thing is pretty accurate.”  He said releasing the new tattoo on his arm.  “I felt exactly where you were, and I could also read your mind so I guess that helped too.”  He smirked.

“We are taking Jin to the cells, Griffin decided that all body guards have to keep up with me on the stairs.  I think it’s just to prove he isn’t just human.”

“How can a telekenetic cheat in a race of physical body endurance and strength.   Cause it’s not about who is first, it’s about if you can keep up with me.”

Alex chuckled as we headed down the stairs, “So Ryan and Ant will, ” He looked to Alec who was trailing behind Jin.  Alex was about to open his mouth when the door to another landing opened.  An unknown blonde stood gawking at us.  Her green eyes bright and shimmering.  I had a vague sense I should know her.  Griffin and Alec were in front of me in a moment.

Alex laughed, “Hey, I didn’t get a chance to thank you.”  He elbowed me, “This is the girl I was telling you about.”

“The one who saved your ass?”  Griffin quipped.

“I wouldn’t say saved.”  She smiled and the world seemed to brighten., “Just helped a guy out.”  She held out her hand, “I’m Lucy.”

“Nox.” I took her hand, “Thank you for helping Alex out.”  There was a strange feeling as I withdrew my hand from her grasp like a flux in my power returning.  I hoped she didn’t take offense at my abrupt  gesture.

“Was my pleasure.”  She crooned and I felt like nothing else mattered.

“We got to go.”  Alec said.  As he guided us all of us down the stairs.  The further we got from her the more things got weird.

Griffin kept looking back. “I know her.”

Alec shook his head, “Vampire magic.”  He said.  “She was wearing a siren’s collar.”

I sighed, “It is auspex magic.  Mind control imbued in an object.  Ryan has one I suspect to manipulate the shadows like he does.  I don’t know what it’s called though.”

Alec nodded, “It is a cestus.  Though he just uses the cords of the gauntlet now as a necklace, once upon a time he wore it like the glove it was supposed to be.”

“And only primeval vampires can make them right?”

“And Il Cane as Keeper of Secrets.”  Alec added, “The Son should as well.”

“So I could have one of those shadow things?” Alex asked.

“Yes.”  Alec nodded, “Her master is powerful.  I don’t sense any new or strange vampiric energy nearby.  The tie that binds is really old, and/or reall strong to not be close and to over power not one but three supernaturals.”

“I felt the draw, but I’m not Domination master for nothing, plus the love of my undead life is Auspex, I’ve learned a few tricks to keep unwanted advances from my mind.”

“So someone else is at play here.  I wonder who else is trying to have me killed?”  I said as we dragged Jin behind us into the lowest levels of the Night Life building.

It was dark and dreary and the weather was slightly colder than the other floors.  There were no cells here, but it was the basement and no one would hear her scream as I left her in a magic proof box.

I found the farthest corner and started etching runes into the walls and floor and ceiling.  No sound, magical power, no energy of any sort would leave these walls.

I cut a box out of the door and warded it from any vampiric entrance escape.  It was funny how I just knew how to do these things, like the book was speaking to me much easier and without proximity.  My magic flowed around the room looking for any escape route and I plugged it with the same warding.  Jin would not escape even if I left the door wide open.

I pushed her through and she howled in searing pain as she passed over the ward.  “That’ll happen each and every time you try to pass.”  I wove an additional weave, “And now it also has the uncanny effect of burning you alive as well.”  I pulled her arm through with a weave of air and let her know I wasn’t making it up.  I stepped through into the room with her and let the bonds of magic go save for the hold on her neck I had.  “You can desiccate down here until you tell me who sent you and why. And then after than you’ll be happy to know these four walls will be all you’ll ever see the rest of your life.”

I left and she growled at me.  Once safely on the other side I released the bonds of air and she rushed forward just short of the barrier to the open door.

I looked at Griffin and he shut the door.  Only a small hand sized hole looked into the room at head height.  “See ya round Jin.”

I looked at Alec, “No vampire should cross tend to her.”

He nodded.  “I will inform the others.  And will set a guard at this level.”  He looked to Griffin, “Another torturous body guarding event – watching the empty rooms save one.”

Griffin nodded, “That’s for those who fail to protect our charge.” He grinned at me, “I will take first watch, Three days, one for each loss.”

“Fair is fair.”  I nodded, “Alec will assure my safety in your stead.”

Griffin nodded again.  “I’d like Vin on you too.”

“They are almost off for the night.”

“Non Mon Ami, Vin and I draw upon your power.  Daylight means nothing except burning.  Valentina was the first to notice our afternoon leisures.”

Alex covered his ears and starting singing, “I don’t want to hear that.”  He gave Alec a look and they both smiled.  At least their tension was lessening.

“Alec isn’t a threat, pretty boy.  I trust him probably more than I trust Griffin when it comes to making sure you are safe.  We’ve had some pretty interesting talks to help.”

I gasped in mock shock, “You talked to someone about your issues?”

He rolled his eyes, “I have this boy, and he has this philopshy that talking helps.  It just took me a while to figure out he’s right.  But don’t tell him I said that.”  Alex wrapped his arm around me and the three of us ascended the stairs to the lobby and bought a cup of coffee on our way to the elevator.