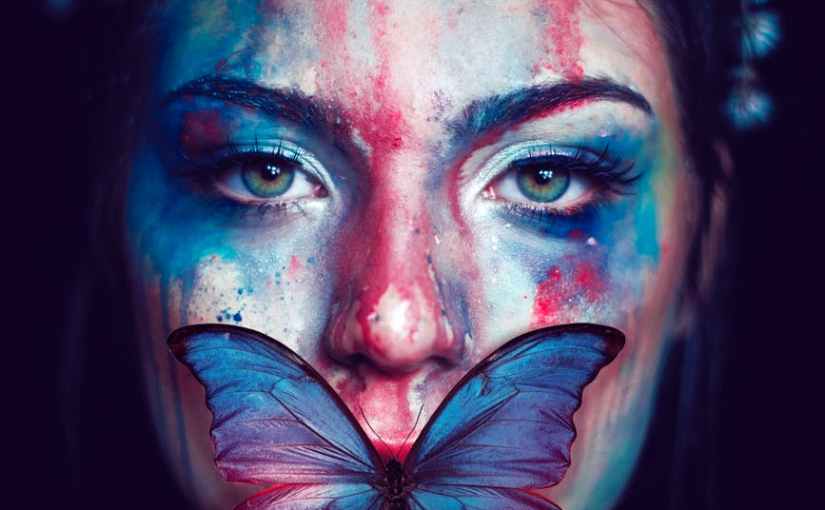 I fell to my knees when my teacher disappeared around the corner. I didn’t have to worry about someone seeing me, the nature of our existence was clad in the shadows, and the night was our time to thrive. It had been this way since the dawning of time. Tears slide down my cheeks. The boy lay naked on the cold concrete of the alley, a single shot to his head like I was taught. He felt nothing before his life was wasted. Wasted on a singular thought that we knew right from wrong.

I doubted that at this moment. Questioned everything I had ever been taught. How did we become judge jury and executioner? That was not the human way, and certainly not the Clandestine Providence. I knelt next to the boy. Nowhere in our one sacred law did the sacred law tell the Venatori to hunt down scared, helpless boys. “I’m sorry I had to do this.”

A deep growl proceeded the wolf who stalked out of the shadows, his amber eyes fixated on me. I held up my hands in surrender. I was no threat.

The wolf shifted slowly and painfully. Tears fell from his changing cheeks to the boy below. His hands caressed the boy’s cheeks, and his now brown eyes stared up at me. “He was a good kid.”

The sweet scent of nepenthe on his breath lingered when he spoke, “My charge.” He said simply. The tang of the illegal drug curled my fingers into a fist. As much relief as the drug gave me in the past, it was hard not to feel the anger that always brought me to the use of the horrid drug. The hatred I had for myself hollowed out my insides until I sought the emptiness of the high nepenthe gave me.

I hated myself for my own weakness, and I didn’t presume why this man had taken the drug.

“I…” he started and paused clasping the boy’s hand, “I made a mistake, and he paid the price.”

“What mistake?” I asked. My curiosity outweighing my own anger at myself. He felt remorse, I would listen.

Fear filled the man’s eyes. “You were hunting me, not him.”

My eyebrow shot up, and I was on my feet crouching but ready to move if the man shifted into a wolf to attack me.

“The moon will retake my transformation, but I cannot so again.” He laughed. “Two moons ago, this boy was hurt by my hand. He would have died, but my Alpha saved him. It was my job to protect him.”

“Nepenthe is the only thing that takes away the pain.”

I nodded. “I know how that feels.”

He blinked at me. “A Venatori on nepenthe.” He guffawed.

“Half-human Venatori abandoned by his mother.” I corrected with a sigh “I’m sorry this happened. I couldn’t, no, I shouldn’t have done this.”

The now human wolf cocked his head to the side like a dog would do when trying to figure something out. “Venatori don’t regret their kills.”

“Humans do not always regret their kills.”

He blinked at me. “I regret every life I’ve taken or been remotely close to harming. I should have done better.” He turned his attention to the boy we both crouched over. “I will take him to his family.”

“Alright. The Venatori will cover this up.”

The man nodded. “I know. But we have a body to put to rest properly unlike other times. And I will do my penance for his death. This is my fault.”

I shook my head, “I did the job as intended.”

He smirked, “If you did the job correctly, I would be lying here instead of the boy.”

“The Venatori won’t care I killed the wrong one. They don’t know the difference between wolves, they only see their deaths.” I sighed.

The man smiled, “Maybe you’ll change all that.”

I chuckled, “Highly unlikely, I’m nothing. Half-human, they don’t listen to me.”

The man stood lifting the boy with ease. “I hope to never meet you again face to face.”

I chuckled, “Likewise. Thank you for understanding, and I am truly sorry.”

He shook his head, “I am the one who is sorry and will not mention you to my pack.”

I watched as the man carried the boy off into the shadows for a proper burial, leaving me with a heavy heart and the ache to hurt less. The nepenthe still on the air like a ghost. I wanted the emptiness of that now. But that desire would be denied. The pain wasn’t that bad. Sleep would bring peace until the nightmares started. Always the nightmares.