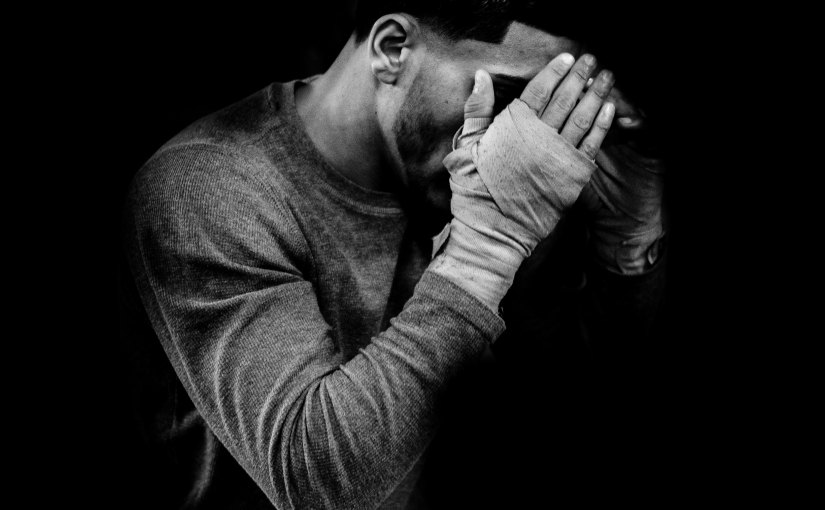 I slid on the polished floor with just my socks on. The room Ant shadow walked me into was full of vampire energy. I was immediately on guard. I didn’t know where I was and I could be at the end of an attack in a moments notice. But nothing came and Ant was putting his hand on my shoulder to steady me and alert me to the non-existent danger. “No one’s here. Just me and you.”

I glanced around and while I felt a lot of vampire energy he was right nothing was in the room except the single shadowed alcove and an empty room full of weapons hanging on the wall. “Where are we?” I asked.

“In a vampire safe house. We have a few around the city. It’s a good place to come when a vamp gets caught out too late. It happens more often than not in Vegas.” Ant said as the door opened and his partner in crime walked through.

“Cari said you needed me?” the green eyed blonde asked as he shucked his shoes at the door and started stretching.

He looked over at me and grinned, “Ah. He looks frazzled.”

“Alex says he needs a good beat down.”

I shrugged, “He’s not wrong. I need to let some of this stress go. It’s going to be a rough few days.”

“You and he okay?” Ryan asked as he sat down on the floor to stretch leg muscles out a little more thoroughly. “Better than before Vegas?”

“Better. We still have issues.”

Ryan laughed, “You will always have issues Nox. If it takes a vampire beat down to calm some of them I can’t imagine how your boy is going to survive.”

I sighed feeling the regret creeping in, but Ant shoved me. “No. Alex didn’t tell you to come here so you could get depressed.” He looked pointedly at Ryan, “We are supposed to be cheering him up.”

Ryan laughed, “I guess we can do that.”

I groaned, “I guess this isn’t going to be a good day for me then.” Ryan just laughed as he stood up. “Come on, what’s he call you, Pretty boy?”

Ant snickered as he took up a stance, “I wouldn’t call him that. Alex, might not be able to beat you up, but he knows someone who can.”

“Apparently he knows a few someone’s who can.” I said as I threw the first punch at Ant’s face. It missed, I knew it would but still I wanted to know why Alex had Ant’s number.

“Maybe.” I said flatly as I threw my leg at Ant in a round house kick. He ducked with ease and my foot flew out from under me and I landed on my back.

“I found him in a bar and we talked. Nothing more. We have a common interest.” Ant declared as he offered me a hand up.

“Is he really going to steal the book?” Ant asked.

I shrugged. “I don’t know. The fact that he won’t talk to me about it probably means yes. But I don’t know.”

Ant sighed. “If he steals it, Mother will make him keep it. Then she doesn’t need to worry about someone else stealing it.”

“Unless he tries to sell it.” Ryan added.

We continued to spar as Ant shook his head, “No. If he steals it, it’s his to watch and guard. Some sort of prophecy fulfillment or something like that.”

“I’m sure Alex will just love that part.”

Ant only nodded as he started circling me. I knew that in the next few minutes I was about to land on the ground. Ant was a blur of motion and the next thing I knew my chest hurt and I was on the floor with Ant standing above me.

Talking stopped. All thought but the spar was in my head. The blur of hands and feet calculated in my head. The patterns of Ant’s fighting. The way the two worked together. It all fit into the patterns. It was all I saw. I didn’t need to embrace my power to do it. It was all trained. I don’t know how long we spared before Ant took leave of us to answer his phone.

Ryan and I kept going. The rules changed a little with just the two of us. Though we weren’t playing by home rules. No broken necks for Ryan or Ant. And no blood drawn today. It was a friendly match. We were in a foreign town with foreign vampires around. No telling what the scent of powerful blood might do to the locals.

Ant left through the shadows while Ry and I grappled with one another. And when he returned I was on my back. The Chevalier was stronger and I knew I’d be sore in the morning. Ant was back and smiled. “One more round.” He said grabbing my wrist and looking at the time on my new watch. “Nice watch.”

I smiled. “Comes with a tracker and everything.” I said.

I nodded, “I suppose I could have told Alex I had one with Sage already, but I can leave my phone someplace easier than I can my watch.”

Ant nodded and he started another round of blows. A few of which I blocked before Ant added his feet to the mix and everything was a blur. But Ant was only human, he followed the same patterns, the same combinations, the same motions. It wasn’t all the time, but he did it. He kicked and I flew backwards but I caught myself and bounded back to my feet and came back at him with a cross to his head and dropped to the ground as he blocked. His feet came out from under him and Ant was on his back.

I grinned down at him and he smiled back up at me, “Just showing off for your boy?”

I looked at him confused and then I felt the familiar presence of Alex standing in the shadowy alcove waiting and watching. “I didn’t know he was here. Too focused on beating your ass.”

Ant laughed. “I know. I think he intends to walk you home.”

Alex laughed, “No more shadows for me. I think I might puke.”

I looked at Ant then sighed. “If you put your trust in Ant, you won’t get sick.” I gave Ant my hand, “Thanks for the workout. I will have a few bruises for a few hours.”

Ant looked down at his forearms and held them up. “Me too. The more we do this the harder it is to get past you. Soon you’ll be beating Cari.”

Ant only smiled at me. “Take care of him.” He said to Alex.

Alex nodded, “Always.” He took my hand and dragged me towards the door to the dojo in the vampire safe house.