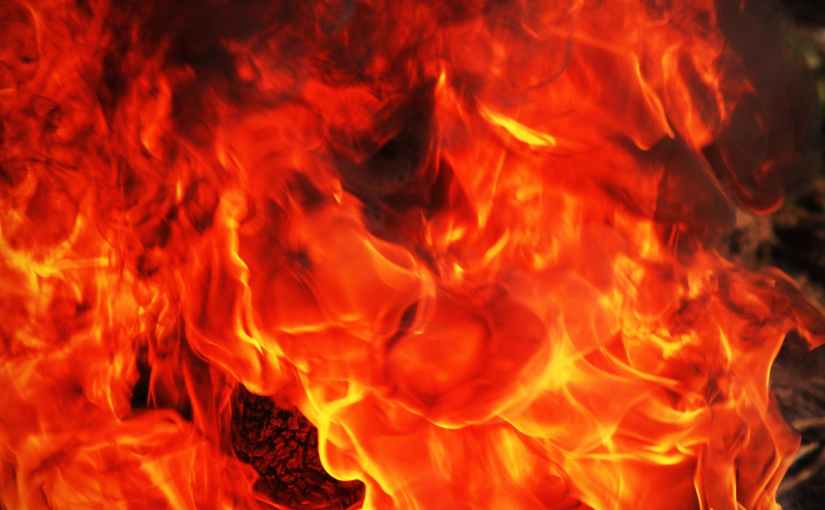 I went to bed early that night. I wasn’t in a family mood, and Dad wasn’t even home anyway. He was working on some new case and it was taking up all his time. Which was a good thing, it meant that he couldn’t be here to yell at me or give me disappointed looks. I really didn’t want to see that look on his face just because I liked boys. He made it into something else, like the picture, but that’s why he was mad. And why I was still grounded, like grounding me was going to change anything about the people I liked.

As I lay in my bed I thought about the night before on the rooftop. How Alex had touched me and I groaned at the thought of his fingers against me. My fingers were laced behind my head to keep from grabbing myself. I’d made a promise I intended to keep. But did he even care? He hadn’t texted me back at all. And he hadn’t even been at school.

I rolled over and tried to go to sleep even with thoughts of him rolling through my mind. I must have drifted to sleep because I jumped when my phone rang. I reached across my bedstand and tried to find my phone, but it fell to the floor instead. I had to climb out of bed to retrieve it and by then the phone had stopped ringing. I looked at the caller ID and saw Alex’s name and my heart sank. I hit the call back button and hoped he’d answer.

He picked up on the second ring, “Nox? Did I wake you?”

“Don’t worry about it.” He cut in. “Max is in the hospital, it’s why I wasn’t at a school.” Before I could interrupt, Alex hurried on, “He’s fine. Broken ribs, a punctured lung but he’ll recover and your Dad is helping them out.”

“He’s been real busy with it all too, hasn’t been home to be disappointed in me.”

Alex chuckled, “He’s not disappointed in you.”

“Whatever. I’m glad you are alright and not mad at me.”

I shrugged. “Dunno. Just…” I let it trail off, I didn’t really have a logical reason, but that’s what paranoia and anxiety gets you; no real reason for your feelings.

“Nothing, I think I’m beginning to see why Mia dumped you.”

“What’s that supposed to mean?” I wanted to yell at him, hell I wanted to hang up on him.

“Fuck you.” I said and hung up the phone this time. I turned my phone off. I didn’t want to deal with him. He wanted to be an asshole then I didn’t want to talk to him. But he was right, I was being needy and clingy and I hated myself for it. One day of some fucking guy touching me and I was ready to do whatever he fucking wanted.

I went to sleep filled with anger. I should have gotten up and done some yoga, and I paid for it when my alarm went off. It had been a long time since I’d set that old thing, but at least it woke me up. I looked at my phone as I crawled out of bed before the sun came up and I left it off.

I did a longer than usual yoga routine to calm and recenter myself. I didn’t need to be angry when I went to school. It was a good thing I had the only class with Alex first thing, the mantra would still be fresh in my head, and I could have a good rest of the day without him in my head. Or worrying about what he might say.

My dad was at the breakfast table when I grabbed an apple and a juice to go. He didn’t say anything, and I didn’t even look at him. I just couldn’t deal with him or Alex today. Everyone had their opinions of me. And I failed in all aspects of them.

My mom gave me a hug as I walked out the door. Drew wasn’t there but I walked on to school without him. He caught up about a block down, “You in a hurry?”

I looked at my best friend and sighed, “Yes, Max is in the hospital.”

“See I told you it wasn’t because of you.”

“No but he called me needy and clingy and said that must be why Mia dumped me.” I growled.

“Come on.” He grabbed me by the arm and dragged me down another street.

“Where we going?” I complained.

I stopped and pulled free of Drew’s grip, “Thanks Drew, but if my dad catches me skipping school I’ll be dead. And then he’ll have a real reason to ground me and I’d kinda like to go to homecoming.”

Drew sighed, “Nox you can’t go to school with a scowl.”

“Watch me.” I frowned. And started back the way we’d came so I wouldn’t be late for school.

Drew caught up to me but we didn’t speak the rest of the walk. Alex was sitting on the grassy hill with his friends and I did my best not to look at them, or him. But it was hard not to, he drew my eye. And my gaze dropped the moment our eyes met. Drew stepped between us so that the view was blocked and he became protective papa bear. Which was funny to see but I wasn’t laughing. I didn’t need Drew to protect me from ‘some’ kid.