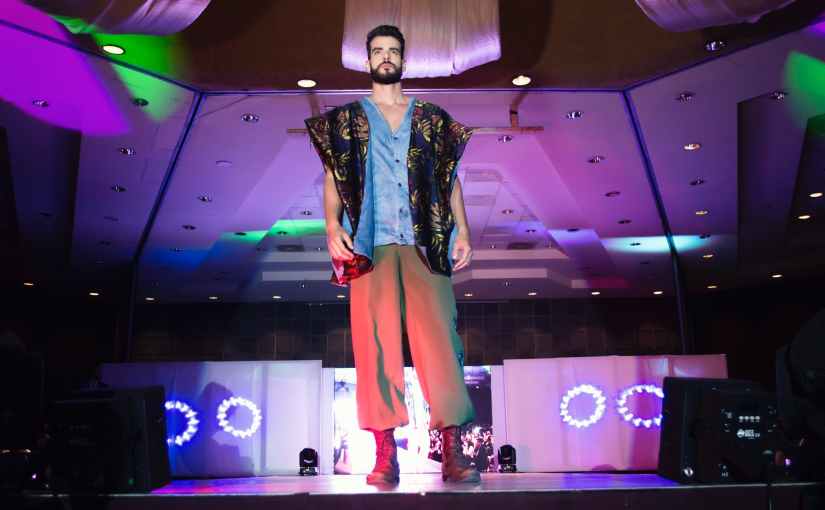 Alex called Fernando and I listened as I grabbed one of the plastic bags that were on the bed. It appeared to have everything I needed for an outfit. Alex had wanted me to go into the bathroom but I didn’t go. I tugged my shirt off over my head and shifted my jeans to the floor and when Alex was done with his conversation he was staring at me like what I was doing was foreign to him. He’d seen me naked, what the fuck did it matter if I changed in front of him.

He sat back in the chair and smirked. He had gotten over the initial shock as I pulled on the pair of pants in the bag. They were black slacks and cut to fit tightly, not exactly something I would buy, and the green shirt was green, another I wouldn’t buy for myself. But I stood staring at the outfit in the mirror the opposite side of the bed. It looked like something you’d wear to a club and or flamenco dancing. Which I did cause its what made me think of it. I pretended to clap some castinetes together and danced around the small square footage I had on my side of the bed.

Alex was sitting on the edge of his seat when I looked over at him. He was smiling and I was happy to see that smile. It was better than his fustration and annoyance. “I like the shirt. Not the pants so much.” I ran my fingers through my hair and the tips changed to the same green. It made the look better. “Maybe the pants too.”

Alex just smirked as he sat back. “Next one.”

I took off the clothes I’d tried on and hung them up on the hangers before I grabbed the next one. There was a knock at the door and Alex looked at me. I sighed. I grabbed a bag of clothes and went into the bathroom to put them on. He was so protective of my body. It’s not like I was shy – I was anything but. But then maybe that’s why he wanted me to hide. Though I didn’t mind being all his and only his. It actually made me hard thinking he didn’t want to share me. It wasn’t that it was a turn off to be shared, but I only wanted to be Alex’s always and forever. Those two words kept ringing in my ears as I pulled on the next set of clothes. I’d have rather teased Alex with a slow show, but I would oblige him. Anything to make Alex happy.

I walked out of the bathroom wearing an outfit like the last. The pants were tight in the croch and very louse around the legs. I didn’t like them at all. I looked at Alex as he was dealing with the watch guy, and it looked like Sasha and Angela were back.

The boss lady saw me and ooh’d. I groaned. “I don’t like these pants.”

She walked behind me and grabbed my ass with both hands.

I stepped out of her grasp, “Fuck, lady, touch me again like that and you aren’t going to enjoy the outcome.”

Alex was smirking but he stepped between us and pressed a hand on my chest. “Sasha, babe, he’s mine. Hands off.” He turned to look at me and waved hand. “Next. Sasha I hope that’s not all that’s in the stack of things you brought?”

She looked flustered and took a step towards the bed and started flipping through the clothes, “No Jimmy, just a few pairs. To accentuate the assets.”

“Can we have some privacy. Jimmy”. I added for clarity that she was annoying me.

“Sasha, thank you darling, but I will call you to retreive what we don’t want.”

She pouted, but it was Angela who caught my attention. She smiled but quickly hide it behind her clip board. No one stood up to her boss.

Alex stood up and walked Sasha and Angela out and Fernado walked out with his watch box and left Alex with a gift box. Bought and paid for I guess. He looked at me, “Sorry, Sasha is very proud of her work and likes a good body to show it off in.”

“If I didn’t know that it would annoy you that someone grabbed I wouldn’t have cared, Alex. I’m used…”

Alex cut me off as he walked past me, “I know.” He whispered and pressed a kiss to my lips. “No one will abuse you while you are with me. Not ever. And that includes me, Nox. If you let me run rail over you I will…”

I laughed because Alex didn’t know how to threaten himself without making it about me. But I nodded, “I’m sorry my past bothers you so much.”

“The best part of my life was all in my head Alex. Until Colorado I did the best I could to survive. Sage helped me. I know that his thing bugs you. But it helped us both. Adrian helped me. Those guys helped me. It’s not pretty. But it had to happen for me to get here. So I could be as healthy as I am with you. What would you do if I wanted you to hurt me Alex? I mean really hurt me. And I’m not talking rough sex. Or if I was higher than a kite right now. Or drunk when I got off the plane. You are the reason I lived through it all, but they helped me get over it all in the real world so I could get back to you.”

I smiled. “All yours. And I’m not going to let anyone else have me, but my past isn’t going to go away. Just like your’s isn’t.”

“I don’t have…” I pressed a finger to his lips.

“Alex, You aren’t ready to have this conversation.” I pressed a kiss to his lips. I started taking off the clothes I was wearing to try on the next outfit picked out specifically for me. Alex stayed on this side of the bed and he even started to help me out of the clothes. And into them. It was rather sexy. He made me feel loved, and I hope he knew how much he meant to me. I was tired of fighting with him. Tired of the past getting in our way.