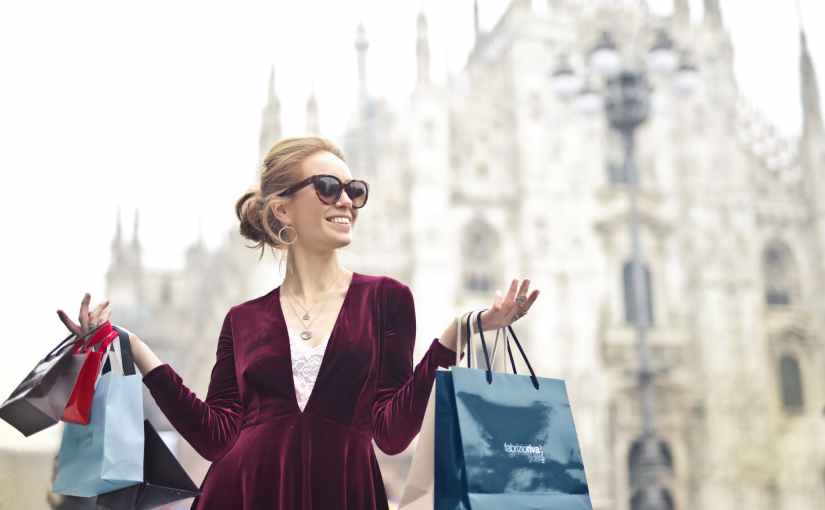 We headed out to go eat and go shopping. Alex grabbed my hand and tugged me against him as we entered the elevator. I smirked at him as I didn’t hesitate to bury my face in his neck. His arms tighted around my waist and he chuckled. “Such a one track mind.”

“As if you aren’t thinking of all the things we could do.” I said against his skin then took a deep breath of his sent. I could smell myself all over him. He hadn’t showered.

He breathed deep against my ear and whispered. “I’ll shower later. You were leaving, I wanted breakfast. I’ll be fine. No one else is going to care.”

I laughed, “I don’t care. I like that you smell like we just had sex.” I pressed my body against his to show him how much I enjoyed the thought.

The elevator ride was too short. I could have stayed in his arms forever and I kinda wanted to. But even my stomache growled and I sighed as I pulled away from Alex so that we could leave the hotel.

We walked through the lobby and I smelled therian nearby. I looked around and wondered where they were. I could open my senses but I didn’t really want to put myself out there not so close to Alex. I didn’t want another bad reaction he could feel.

But once I looked around I knew which one was the therian. He sat reading a newspaper in the lobby sitting on one of their guest couches. I couldn’t tell the power from him but I saw the shifting of his power. And I didn’t have to open up anymore which meant he was fairly strong.

I felt his eyes on me as we left the hotel. Alex tugged on my hand, “Something more interesting than me?”

I rolled my eyes. “There is nothing more interesting than you, but there was a were back there. Not exactly strange but powerful,” I said to explain my distraction then bumped my shoulder into his. “So where we going?” I asked as Alex lead me off the strip and into some other streets that weren’t glitzy and glamorous.

We walked for several minutes in almost silence as we wound through the side streets. Alex smirked, “Lost yet?”

I grinned at him, “You planning on losing me?”

He stopped and pushed me up against the building we were walking past and pressed his lips to mine. He sucked my bottom lip into his mouth and I groaned against him pulling him closer against me.

Our impromptu make out session ended as abruptly as it started with Alex pulling away asking, “Better?”

Alex smirked, “So easy pretty boy, come on, in here,” he said as he pulled me inside a building. We walked through a narrow hall and into the back room of a jewellery store. “What are we doing here?” I asked.

He looked down at my watch. It wasn’t anything special, but it worked just fine. “Your watch is fine, but I want to get you a late birthday gift. And you said I could take you shopping.”

The man in the corner looked up from his watch and smiled at Alex. “Bonjouro.” He looked at me and his smile grew wider, “Can I help you?”

“I’d like to look at your watches,” Alex said.

The way he said it made me wonder if he came here often for marks. And I frowned as the man slipped away. “You do this for other people don’t you?” I asked taking a deep breath hoping I was wrong.

He looked at me and frowned. Alex gave me a slight nod, “Yeah. But it’s not the same. I usually put trackers in and spend money on them to get on their good side.” Alex smirked, “I’m not doing it to get on your good side. I just want to buy you things.”

Alex just kept nodding. “I know. It’s for me.” He laughed, “I can’t have you looking like a bum.”

“Thanks,” I growled playfully. Alex just took my hand and pulled me along after him. We followed his guy. “Are you going to put a tracker in whatever you give me?” I asked as we walked.

Alex stopped and looked at me. I chuckled, “It’s alright.” I said. “I don’t mind. You were stalking me before we were together.”

Alex laughed, “You are okay with it? Most people get angry.”

I shrugged, “Alex, if it makes you feel better knowing where I am and knowing I’m not going to take off the watch you buy me, for time and gift reasons., I’m okay with it.”

“I’ll never understand you. But Benj agrees to it as well.”

“You stalk your best friend too?” I laughed.

“We have trackers so we can find each other if there is an emergency.”

I nodded. “That makes sense. I guess I’ve never really needed it, Ant can usually find me.”

Alex sighed. “No. I have issues. You’ll understand when you find that dream.”

Alex grinned and pushed me down into the stool in front of the watches on display. “No secrets Nox.”

He smirked, “Go find all mine.”